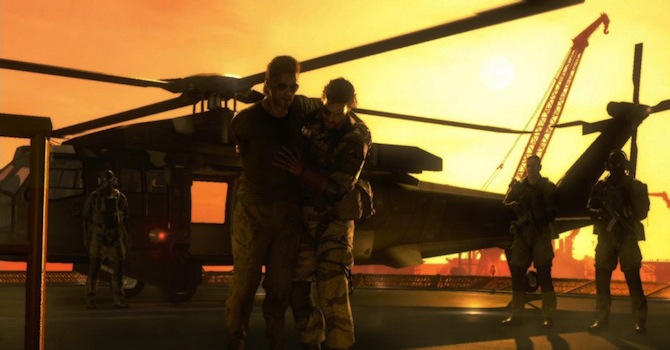 Amidst the chaos of E3 a new, extremely violent and controversial trailer for MGSV was released. And that’s a good thing.

This article is largely a response to another article posted on Sick Chirpse, and so some of it might seem a little senseless without that context. The article can be found here and concerns the trailer for the new Metal Gear Solid game which can be viewed below –

The gist of the article is that the author misses the old days of Metal Gear Solid during which you would hide from foes in a cardboard box or trick them with your bottle of ketchup, and grimaces at the future of the series which seems to promise ‘sexualised torture, African child soldiers and some poor bastard getting waterboarded.’ Amusingly, the author neglects to mention the part where Snake murders a cell full of African children and there isn’t actually any sexualised torture so far as I can see, just a woman being tortured, but that happened in MGS3 anyway.

There are three points I want to make in response to that article. Firstly, the author seems to have a short memory for how the old games were. Sure, I used ketchup once to escape bad guys, but only because those bad guys were brutally torturing me (or Snake, whatever). In fact, not only is torture nothing new to the series, every MGS game (bar MGS4) has had a torture scene. IGN even has an ‘official MGS torture scene appreciation thread’ where people go to reminisce about the time Ocelot shot out Naked Snake’s eye in MGS3 and various other exciting, gratuitously violent moments.

Indeed, the only real differences between the torture scenes is that Snake is now the one doing the torturing (sometimes) and the scenes themselves are graphically more stunning. But what better way to get across the message that war breeds monsters than to have war turn YOU (or Snake, whatever) into a monster.

There was always the sense that characters like Volgin or Liquid were just monsters by nature, but the naked Snake of MGS3 is no such thing. In short, my point is that by altering who exactly is performing the action, Kojima (the game’s producer) is able to manipulate you in ways you wouldn’t otherwise be so susceptible to. It allows Kojima to tell a more powerful story; the story of how Big Boss becomes a ‘bad guy’.

That being said, the game is darker. Kojima has openly admitted that the game is darker and at one time stated that it might never even be released on those grounds. But is that really such a bad thing? I think not, and this brings me to my second point.

Not only does it allow the player to become a five-minute philosopher about the nature of war and humanity, it allows Kojima to push deeper topics and to do so with real force. Take the example of the prisoner who is being waterboarded near the start of the trailer. A powerful scene to watch and perhaps it will make people think about things like, say, the fact that the US government didn’t even view waterboarding as a form of torture until 2004 and regularly used it (and probably still does) in interrogations. 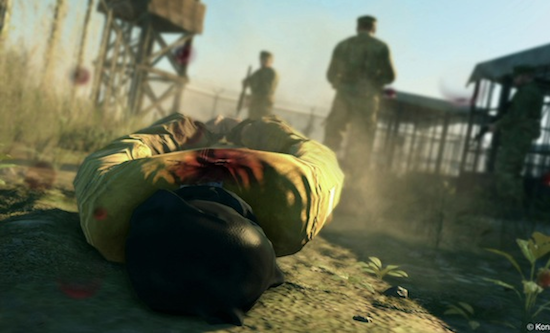 Torture is just one of many hotly debated moral topics that Kojima seems to be exploring in this game along with race, revenge, child soldiers, child murder and, though I could be mistaken, mental illness (go and watch the Phantom Pain trailer from a couple of months ago). Of course these are dark topics, but if we can’t explore them in the form of video games, where can we explore them? And perhaps more pressingly, where should we explore them? I’m a great believer in the potential that video games have to offer if only because of the vast audience that can be reached by them; an audience that might not otherwise have had serious recourse to think about some of these big topics.

The third point I wish to make, however, is the most important. After all, this is a game, not a reading of Kant or Mill. And as a game, it looks absolutely stunning. Everything is graphically excellent, especially the lighting and the motions of characters (probably the most impressive parts of the graphics/physics in my humble opinion). The physics engine and the realtime weather system opens up whole new aspects to the franchise, as does the open-world gameplay and the extensive freedom of choice.

No longer will you simply be in an enemy base and follow a linear path, you’ll make the decisions. Who knows, maybe you can even crawl across the sands of Afghanistan in a cardboard box. And if multiplayer is your kind of thing, you can try your hand at fooling (or torturing, perhaps) some real life foes as Kojima has confirmed a ‘huge multiplayer component’ for MGSV. And not only that, as much as I love David Hayter, the new game has Kiefer Sutherland (no stranger to torture scenes) in it, and I think that’s pretty badass. 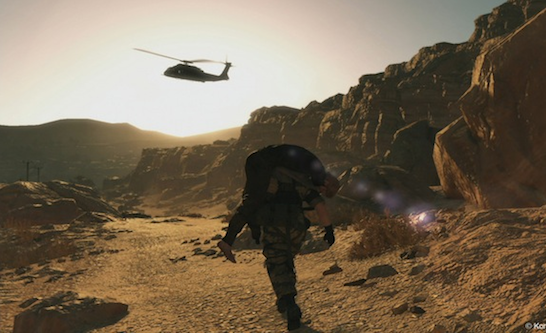