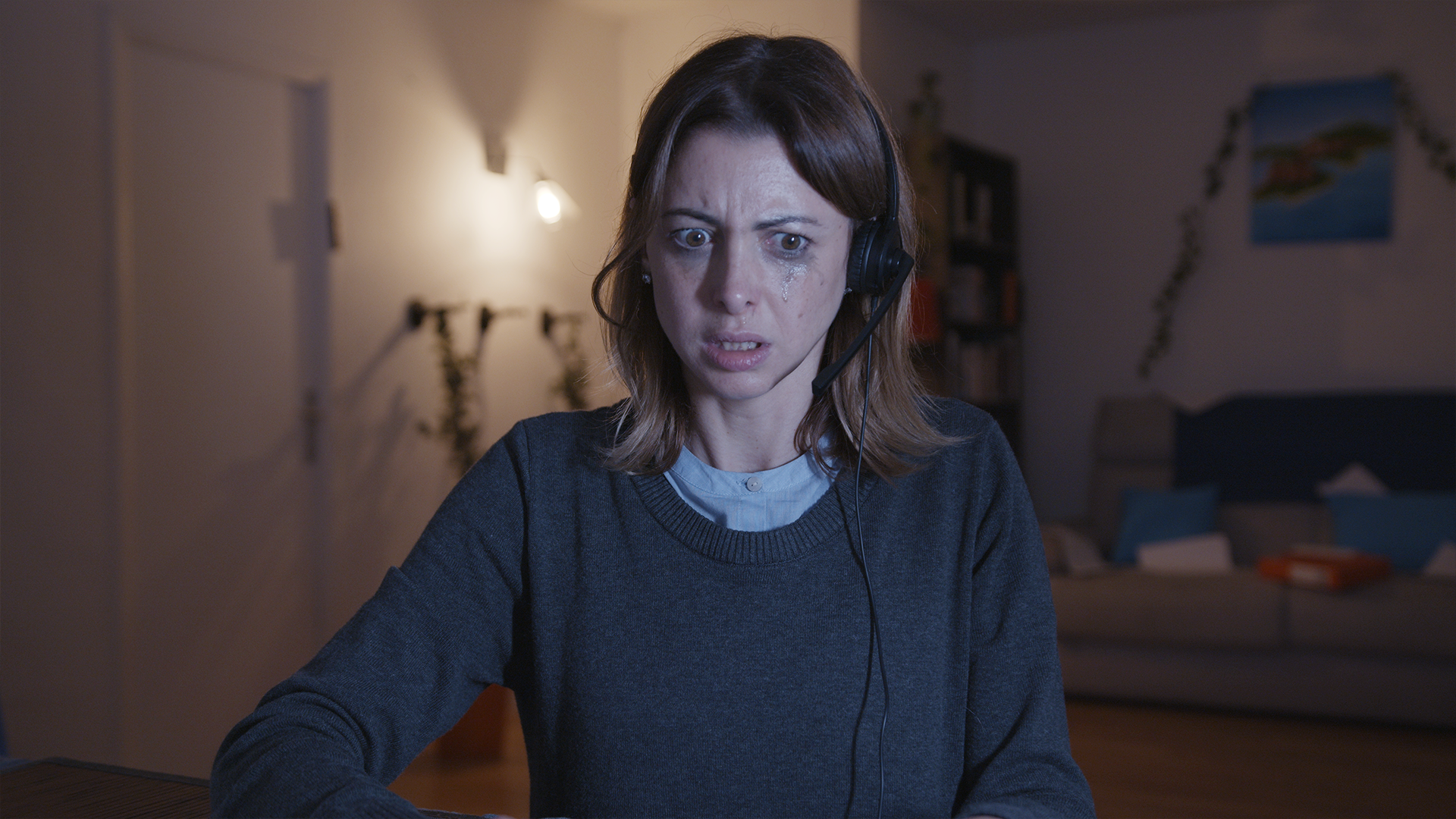 A whole new genre of storytelling is here.

‘The thing that I find fascinating about this format is that as a storyteller, it feels like an evolution of how humans tell stories which is really exciting. It’s new and I don’t think you’ll ever get a chance as a creative person to be at the beginning of a format. It sounds lofty but we really are pioneers.’

I’m sat talking to director Alex Lightman – over Zoom naturally – about his new interactive movie/video game (there’s some debate over the correct terminology, as Lightman tells me that at this point it’s pretty much exactly at the halfway point of the two genres) ‘Nightbook’, which is being released across Steam (PC & Mac), PS4, Xbox One, Switch and iOS this week and his passion for the project and the development of this new format of entertainment. The movie revolves around pregnant online interpreter Loraly who is tricked into reading an ancient book that summons a demon into her home and the player/viewer must then subsequently make major decisions to protect her unborn baby and family from certain death – or worse.

The game follows Loraly as she interacts with a whole bunch of different characters including her crazy father who has locked himself in her spare room, her husband Pearce who is trying to build a resort on the cursed island of Le Pouce, her pushy boss who is trying to help Loralyn with her online interpreting shift but succeeds more in stressing her out, as well as a couple of shady businessman who are trying to conclude a deal for the historic text. Lightman tells me that ‘Nightbook’ writer Megan Jones worked in online translation herself sometimes and whilst that doesn’t sound too glamorous, it does add to the tension when everyone is taking on screen in different languages at once and you’re tasked with making a decision in about three seconds. I imagine that’s an authentic representation of what the job is like in real life, only without the added threat of an ancient demon trying to kill you as well.

Anyway, if you’re planning on playing it, it might be better to go in without knowing too much about the game and the potential for what might happen, but if you still need a bit of convincing then here’s the trailer:

The movie (let’s go with that for now) was shot entirely remotely during lockdown and this presented its own challenges, although it must be said this is probably slightly easier for a movie like ‘Nightbook’ than your average movie. The film takes place almost entirely over video calls between each of the characters – occasionally switching to FaceTime on mobile phone for ‘a different perspective and a bit of relief’ Alex tells me, although when a scary old man is screaming at you down it, I’m not sure if it can count as relief – and this was obviously different to a traditional shoot, but I still imagine it was slightly easier than if you were trying to shoot a big budget blockbuster remotely.

‘Julia was in Paris, I was directing in Peterborough and my DOP was in Yorkshire, it was all very futuristic,’ Alex explains, as he would log on every day with his DOP and whichever actors he was filming wherever they were and direct the scenes from the comfort of his own home. This might have been the norm for many people in all industries over the past year eighteen months because of COVID, but you can appreciate that this was even more difficult when you’re trying to direct a movie. 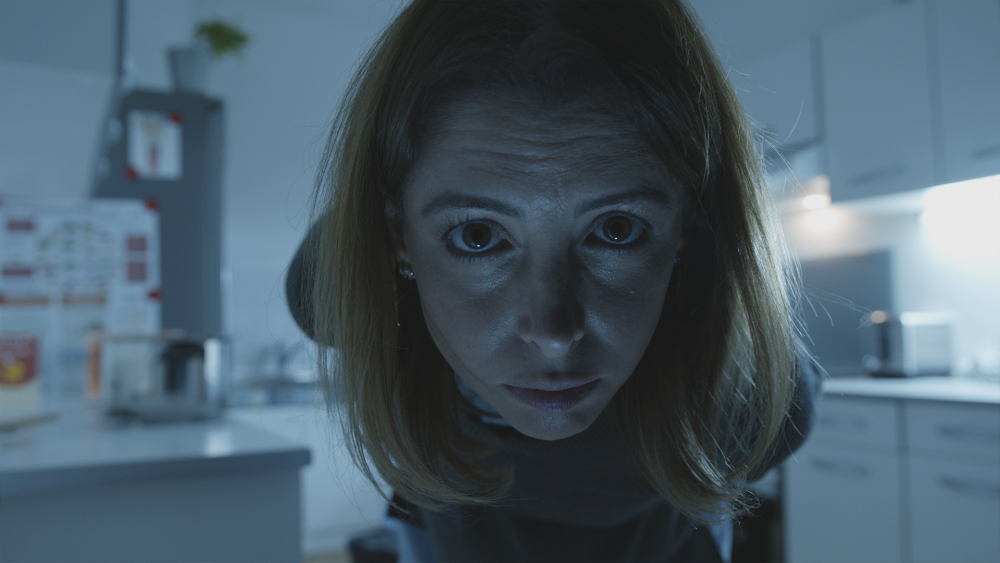 The shoot lasted ten days – they did rehearse beforehand though as well – and they were often filming 22 pages a day, which goes some way to illustrate the tremendous effort that was put in by the whole team for such a challenging shoot. Somewhat funnily, the actors all shots their scenes in their own homes and were responsible for their set dressing and camera kits, but there’s no real way that you would have noticed that if you weren’t aware of this beforehand because it still has the feel of a cohesive vision.

The performances were all superb as well but Alex is quick to play down his role in that – ‘the trick to getting great performances is to hire great actors’ – and you  againwouldn’t really know that they were never in the same room as each other. You might worry that the interaction between characters might be a bit staccato due to the way it was filmed – especially with Loralyn translating over the top of several them for several parts of the movie – but it all flows really well and should be considered a success for everyone involved. Alex tells me the actors would be dialled in on the same Zoom call and acting with each other in most cases, but even so there’s no lag and none of them miss a beat in their interactions despite the potential difficulties this way of shooting could bring. 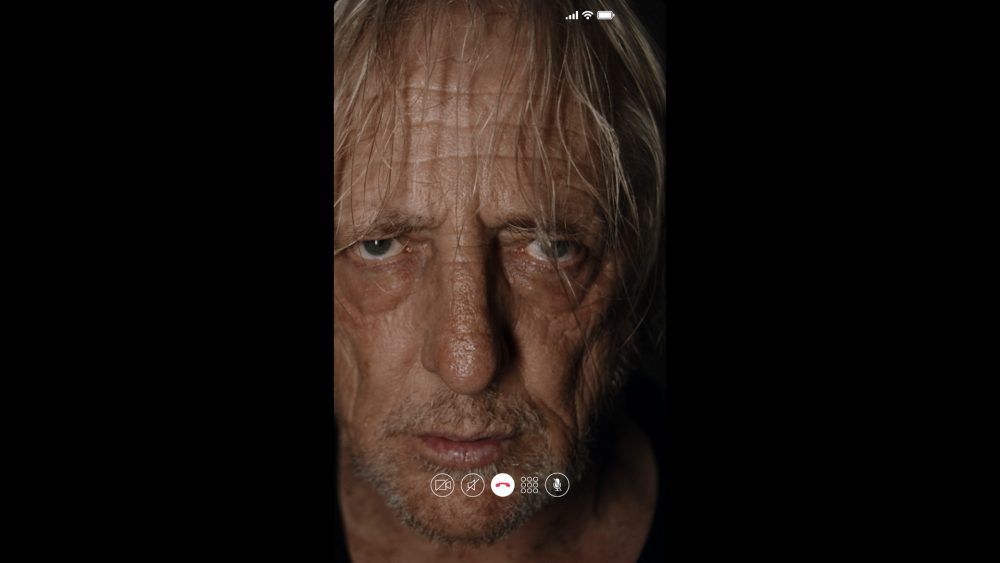 Obviously, interactive/Choose Your Own Adventure style books have been around for decades ever since the legendary Ian Livingstone/Steve Jackson ‘Fighting Fantasy novels’, yet they haven’t really made the leap to video game/interactive movie format until the past couple of years. Sure, there was an attempt back in the 90s with Sierra’s ‘Phantasmagoria’ – but there was no way that computers could have handled that back then and they didn’t – and ‘Dating Ariane‘ kinda had a stab at it about a decade ago, but without the movie part, so the first hyped up example of this was the ‘Black Mirror’ episode ‘Bandersnatch’ in 2018.

That didn’t really hit the mark for a number of different reasons, namely that a lot of the decisions didn’t really have any consequence and that the story itself was a bit flat and the interactive elements weren’t really that essential. It was also really annoying when Will Poulter kept showing up saying ‘Sorry mate, wrong path’ if you made a decision that didn’t go down too well with the powers that be. 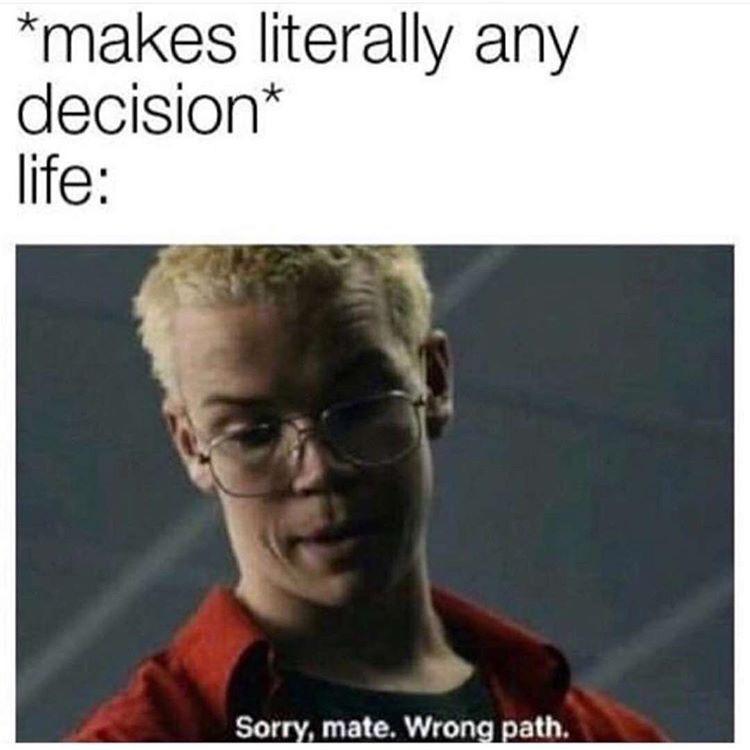 Thankfully, ‘Nightbook’ has learned some of the lessons from this – although you can’t really give ‘Bandersnatch’ too much shit because it was literally the first of its kind – and weaved them into its narrative. Perhaps most impressively, there’s a choice you have to make fairly early on into your playthrough that opens up two completely different paths to endings where you don’t really overlap either storyline, which essentially means that the actors had to shoot two entire movies. Indeed, there are a total of 15 different endings to discover and 223 different scenes to play though, so there’s a lot of content to discover that lends itself to multiple playthroughs.

Yes, the movie only lasts somewhere between 45 minutes and an hour, but it’s still impressive that they took the time to make sure that almost every choice mattered and essentially write two completely different storylines for it. This is the kind of dedication that we want to see from this format and will facilitate its success in the future with longer and more detailed adventures that hopefully have several completely different pathways to different endings that lead you to multiple playthroughs. It definitely seems like a step in the right direction.

Overall, I’d thoroughly recommend ‘Nightbook’. I’ve played through it three times at this point and even though I’ve had less than satisfactory endings every time – Loraly ended up possessed by the demon and her father slit his own throat in one of them, don’t ask – I think I’m definitely going to keep going at it until I manage to get the proper ending. Alex mentioned that it was ‘a film about someone trying to stay in control and save their family, but sometimes it might not be the best answer to be in control’, so that’s something that will inform my next play through for sure.

Something I haven’t mentioned is that you’re able to skip scenes that you’ve seen before when you play through it again which is a major asset that helps its replayablity and ensures that you don’t get too bored seeing the same stuff over and over again. The time you have to make choices is also very short which adds to the feeling of dread and uncertainty that you experience the first time you play the game – especially if you’re doing so in the dark. 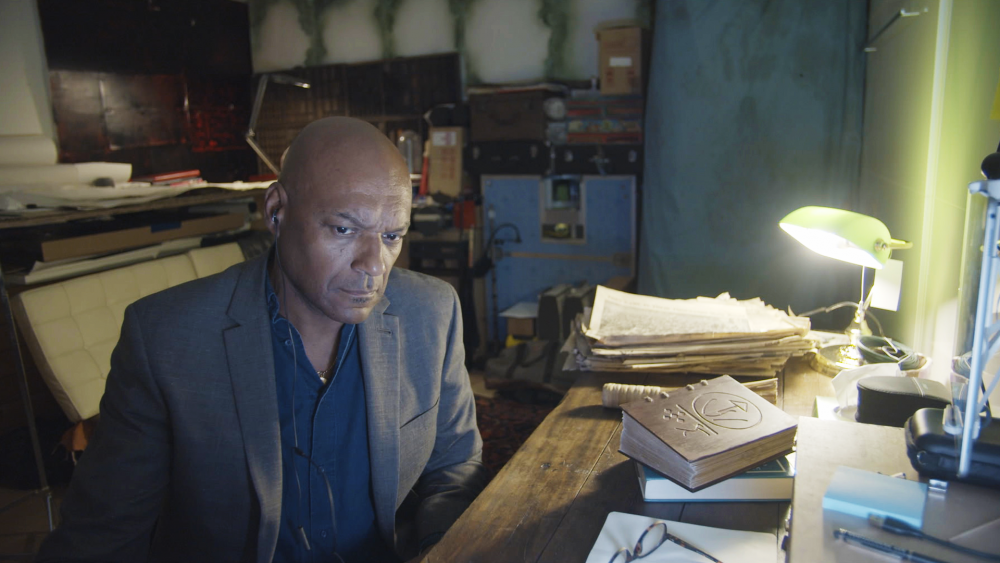 Having said that though, ‘Nightbook’ still doesn’t feel quite like the finished article. Although there are a lot of great aspects to it – the performances and multiple storylines particularly standing out – I feel like it could have been a bit scarier and that it probably finishes a bit too quickly on some of the playthroughs. I mentioned that there was an underlying feeling of dread whilst playing, but this is nothing compared that I experienced in recent horror movies like ‘Hereditary’ and ‘The Witch’ or even watching England during some of their matches at Euro 2020 and this could perhaps be improved on.

The jump scares weren’t particularly jarring either and some of the special effects when characters were possessed were a bit lame, but I kind of viewed the game more as an interactive adventure game with horror elements rather than a full on scary movie – more ‘Poltergeist’ than ‘Texas Chainsaw Massacre – and if you go in with that attitude then I’m sure you won’t be too disappointed. It would be nice to one day get a fully terrifying interactive movie though and hopefully ‘Nightbook’ is a step on the way to this.

There are also some elements of the game side of the movie that I felt were a bit underdeveloped. Within the menu screen there’s a section that rates your current relationship with each character that I felt was a bit useless as the game wasn’t really long enough for it to change enough to make a noticeable difference that I wouldn’t have already clocked on screen. There’s also a documents tab where you can review various pieces of text that you’ve encountered, but again the game was so short I never really felt the need to do this. They’re both good ideas and key parts to RPGs and I get why ‘Nightbook’ included them, the project just didn’t really require them though because of its length.

Ultimately though, like Alex said this is a new format of storytelling and whilst not the finished article, ‘Nightbook’ feels like it’s the next building block of its history and will be remembered as an important point on the genre’s journey. Lightman revealed to me that he’s already working on another feature length interactive movie that he couldn’t talk too much about at this point, but it seems likely that if he’s trusted with a bigger budget and shooting time that it won’t be long until we’re seeing what the full potential of what can be achieved in this new style of filmmaking. And it’s going to be big.