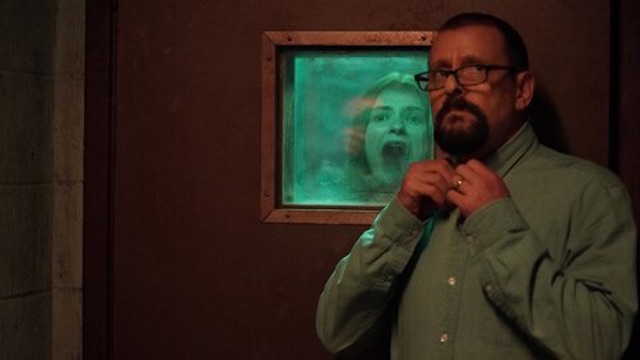 It’s called ‘Girl In The Basement’.

I’m fairly certain that everyone reading this will be familiar with the case of Josef Fritzl – the man who locked his daughter in a soundproof room for 24 years, raping her thousands of times and making her father seven of his children, one of which died – so I’m not really sure that we needed to see a dramatised movie of those events, but here we are anyway.

The new movie is called ‘Girl In The Basement’ and tells the story of 18 year old Sara played by Stefanie Scott, who is held captive in the basement by her father Don (Judd Nelson) from her 18th birthday for the next 24 years. The names have been changed for some reason – I guess to make it easier for American audiences to identify with it for some reason? – but it’s fairly clear what this is based on and what’s going on here.

Take a look at this clip if that sounds like something that interests you (for some reason I can’t seem to find a trailer for it anywhere, which is very weird):

Yeah that actually looks way better than I thought it would could ever do. Still not really sure why they wanted to make a movie about this, but there is definitely an audience for it amongst the sickos and freaks out there so it probably will do well for itself. Not sure if Jedd Nelson and Stefanie Scott will have much work after it though. Just saying.

For more of the same, check out when these construction workers made a sinister discovery in Josef Fritzl’s guesthouse years after he went to jail. Very creepy.