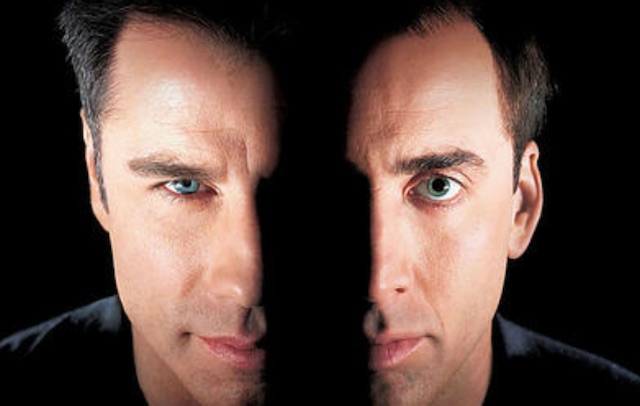 When it comes to super stupid 90s action movies that are also completely awesome, there’s a lot of competition but I feel like ‘Face/Off’ is the absolute king, mainly because the whole concept of Nicolas Cage and John Travolta swapping faces is so ridiculous that I can’t believe that it was actually even made. Shout out to ‘Con Air’ though obviously.

Anyway, it’s because ‘Face/Off’ is such an iconic movie that I approached the fact that it was going to be rebooted with some trepidation but now the director is talking about how it’s actually a sequel and not a reboot, I’m feeling a bit more stoked about it. Here’s what Adam Wingard – who recently made ‘Godzilla Vs King Kong’, so probably knows a bit about big dumb action movies (I know it’s not out yet but come on) – had to say about it:

Wow. I have absolutely no idea how they’re going to write a direct sequel to ‘Face/Off’, but I know that we’re all hoping that John Travolta will return as Sean Archer and praying that they’ll figure out some way for Nicolas Cage’s Castor Troy to somehow not be dead as well. Not really sure how else they could do it without at least referencing those two characters, so it’ll probably be a hoot either way in that respect, but just imagine how funny it would be if they both actually came back? Make it happen Adam Wingard.

For more of the same, check out this MAGA conspiracy theory about Joe Biden and Donald Trump living out a real life version of ‘Face/Off’. Come to think of it that would be a good idea for a sequel as well.