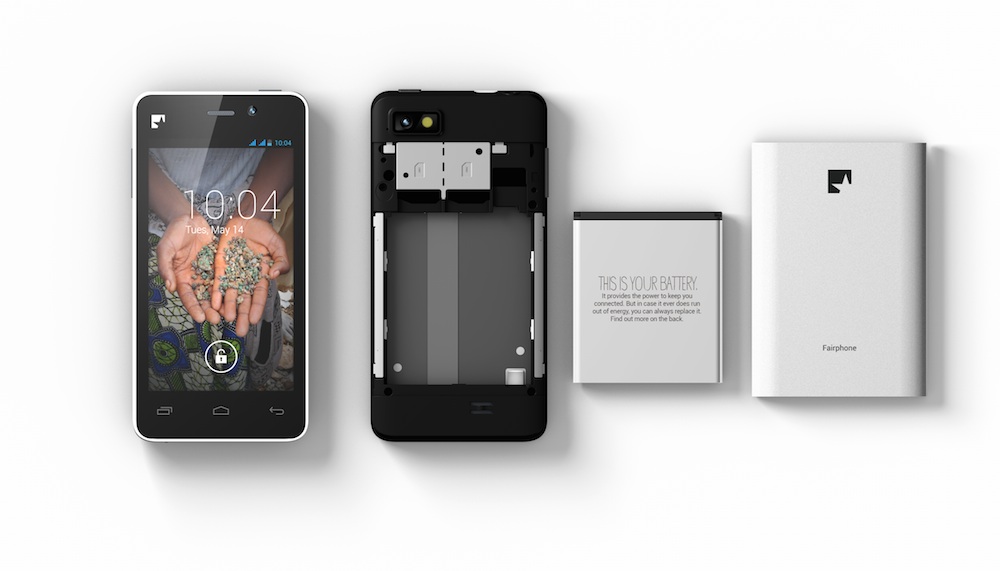 This is way better than an iPhone, but you’re probably still going to buy an iPhone.

So I’m sure everyone reading this can agree that the worst thing about smartphones is that they’re 100% necessary to your life these days but they often end up breaking or getting smashed and it costs an absolute shedload of money to fix them. On top of this, pretty much every company brings out a new model every six months and you have to pay to upgrade it because you desperately need that new model to look super hip, so you just take the hit to your wallet anyway.

Now, imagine if there was a smartphone company that allowed you to fix your phone yourself and to upgrade it yourself at no extra cost. Yeah, I didn’t think that was possible either but some Dutch electronics company called Bas Van Abel has developed a smartphone that they’re calling the Fairphone and it looks like it’s addressed those problems straight off the bat. Even better than that, it uses ethnically sourced components to produce these smartphones.

I’ll explain quickly – all smartphones need tungsten, tantalum, tin and gold (3TG collectively) in order to function effectively. Many 3TG components are sourced in the Democratic Republic of Congo and the war torn countries surrounding it, which basically means a lot of money finds its way into the hands of the corrupt warlords and militias that end up controlling these places, which doesn’t help the situation to get any better and effectively helps fund the conflict. And this is before you even get into some of the questionable practices that go on in Apple factories and the factories of other smartphone manufactures in countries like China and Taiwan, where it was recently reported that the employees were pretty much treated like slaves.

Bas Van Abel promise to deliver a phone that is ethically sourced and so isn’t involved with any of these undesirable activities at all. They’ve already sold 60,000 copies of the original Fairphone under this business model and are making the Fairphone 2 even better. This will be achieved by no longer outsourcing all the 3TG components within the phone and instead designing all of these parts themselves. They’re also using this method to make them last longer too.

Bas Van Abel have decided to make the guts of the phone completely accessible to the user so that if a part is toast, you can just easily replace it. That means you don’t have to take it to the Apple Store and get absolutely rinsed to get it fixed, or even take it to one of those other guys who says they’re going to fix your phone for cheap but then finds loads more wrong with it and pretty much holds you to ransom over it.

Great right? Their philosophy over this feature makes a lot of sense too: ‘If they can take care of it, they are probably going to use it longer and that means they’re probably going to use it longer.’ I mean it makes sense doesn’t it? I’m sure you’ll agree it would be pretty nice if every company had those ideas and weren’t simply concerned about making as many bucks as possible.

Even better than all this is that the company isn’t even for profit, and donates to the smartphone recycling company (most discarded smarpthones just go into landfill which is 100% not good for the environment) Closing The Loop with every Fairphone that’s sold. They seem genuinely interested in making a difference to the environment and society and hope that the existence of the Fairphone can impact on the big boys in the industry and get them to change their ways.

I really hope they can make a difference – the only problem is that I’m sure everyone reading this (including myself probably) are just going to run to buy a new iPhone when it’s released and dream about the world’s most expensive mobile phone despite a Fairphone being way better. At least think about bucking that trend though.

Fairphone 2 will go on sale in Europe later this year and across the pond in 2016.