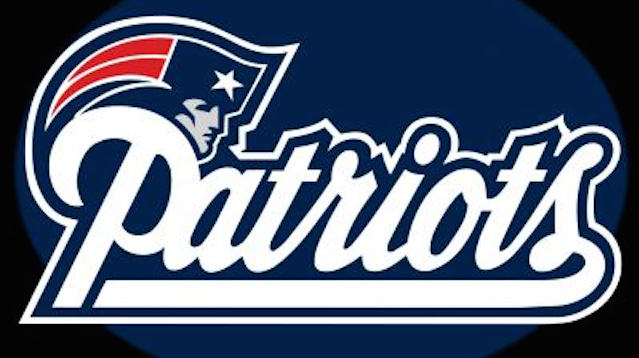 You seriously won’t believe this.

As far as social media faux pas go, this is right up there along with the worst Faccebook brand meltdown in history.

It probably sounded like a good idea for the New England Patriots to set up a competition where the one millionth person to follow them on Twitter would get a prize and would be automatically tweeted thanking them for following them because it would encourage people to follow the account at very little personal effort for them. You might call it the perfect plan to be honest, especially if you set up the tweet automatically to send as soon as you hit one million followers. You practically didn’t have to do anything in order for it to be successful.

However, you probably did have to monitor it to make sure it didn’t do anything completely and utterly stupid by accident. This is exactly is ended up happening though, really embarrassing the Patriots and if we’re honest making them look like complete idiots and/or racist. It turns out that the millionth person to follow them was a Twitter account called @IHateNiggerss and the Patriots Twitter unwittingly tweeted them congratulating them for following it and also sent them a picture with a Patriots strip with @IHateNiggerss on it. Whoops.

Of course it was deleted fairly promptly but not before it had time to spread around the internet and everyone had a massive belly laugh about how stupid they could be. We all know that somebody is probably getting fired for this one. 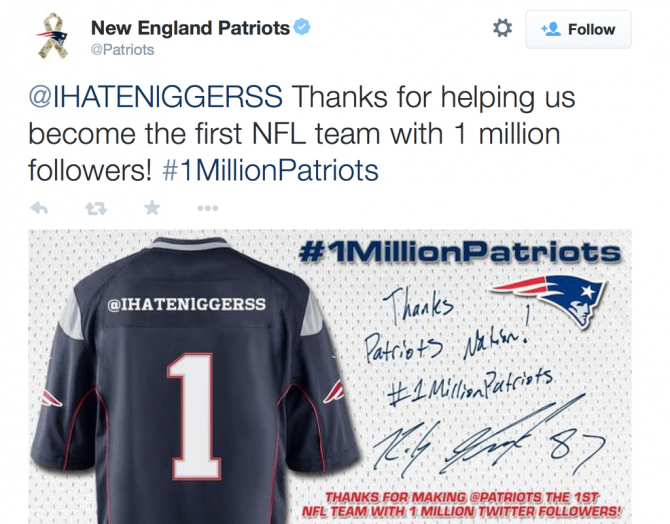