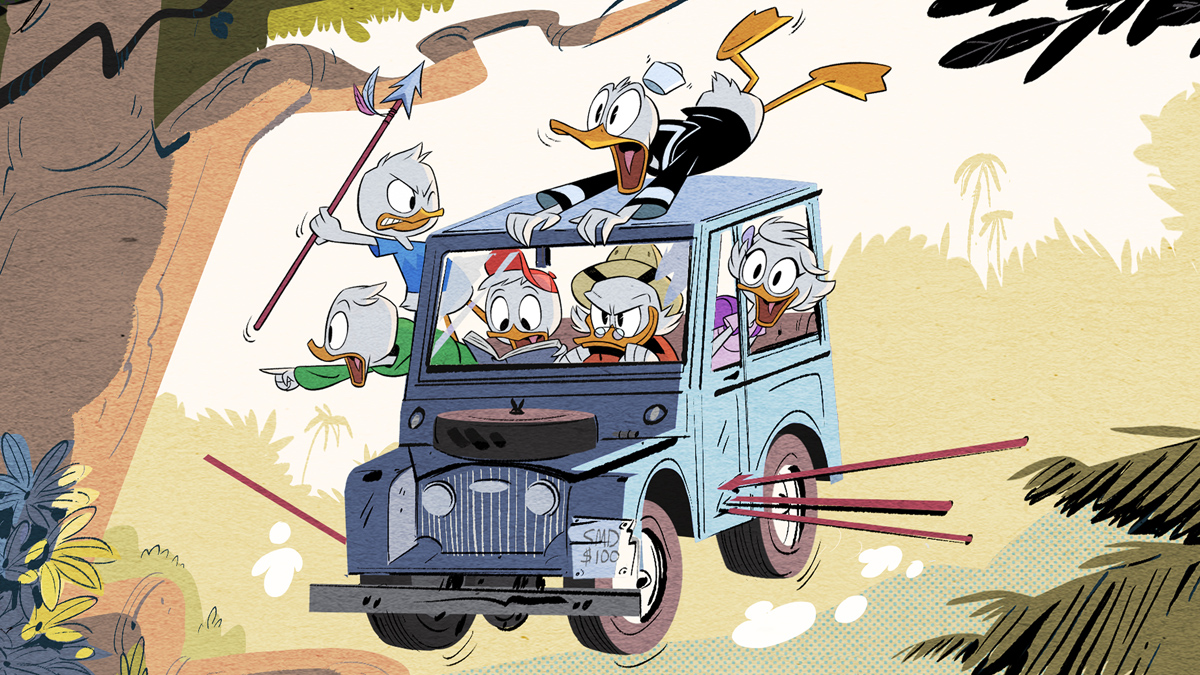 ‘DuckTales’ was one of the best cartoons around when I was growing up, so it’s no surprise that Disney have decided to revive Scrooge McDuck and Huey, Duey and Louie for a new audience this year.

Of course, one of the most iconic parts of ‘DuckTales’ was the theme music, and there were worries that this would be butchered or destroyed for this revamp. For once though, some producers have finally done the right thing and just re-recorded the original theme so that it actually sounds even better.

It’ll be in your head for weeks, I can guarantee that:

A woo ooh. The scenes where Scrooge McDuck is diving in his vat full of gold coins aren’t quite as good as in the intro to the original series, but I think that’s pretty much the only thing that I can find fault with in this update.

I’m probably not going to bother to actually tune into it myself, but nevertheless it’s good to know that it looks like the show is going to remain the stalwart of children’s television that it once was. That’s awesome – it premieres on August 12th.

For more ‘DuckTales’, check out Donald Duck getting the ‘Bojack Horseman’ treatment. Weird as fuck.