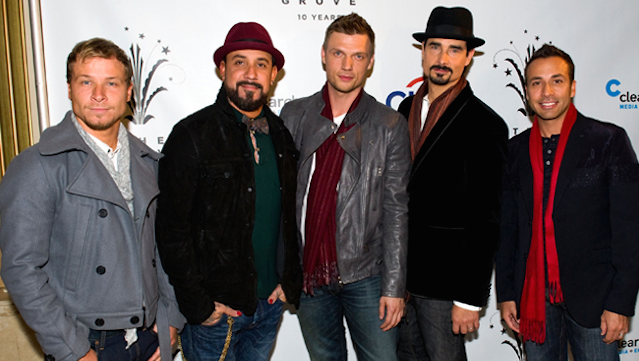 ‘What do you do when you’re a full-grown man in a boy band?’

Ok, I know the headline sounded stupid but if you got this far at least hear us out and watch the trailer and then decide.

I wouldn’t call myself the biggest Backstreet Boys fan on the planet – hell realistically I’m probably not in the top 20 million of them – but this still looks like it will be an interesting watch, mainly hinging around the hook of a voiceover of one of them saying ‘What do you do when you’re a full-grown man in a boy band?’ There’s also another good bit where one of them says something like ‘He stole $300 million from us’ which indicates it isn’t going to be all fun and games (with my heart).

The plot of the documentary seems to follow them going to London to record a new album for their 20th anniversary relaunch, where they go down the mature Take That path, although this doesn’t stop old tensions from resurfacing. Seriously, it looks like a good watch and was a probably a better idea than the Backstreet Boys cruise a few years ago.