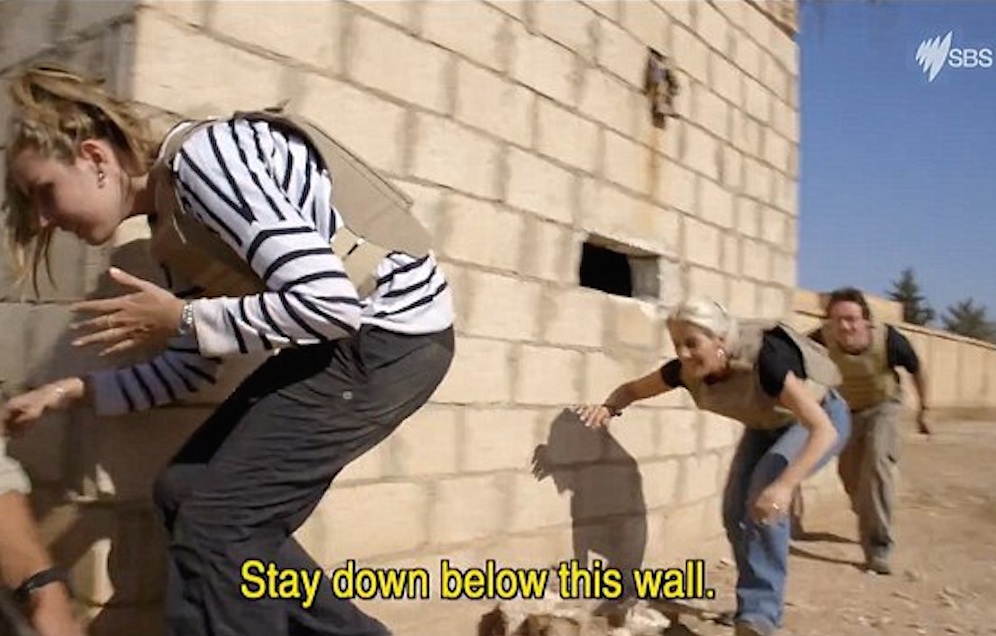 It’s called Go Back Where You Came From and is trying to educate the contestants about being a refugee, by placing them in the biggest refugee crisis of the last 25 years.

As far as reality TV shows go, this one probably has the best hook I’ve even heard – even better than that recent one on Channel 4 where two people who have never met each other get married.

It’s an Australian idea and it’s called ‘Go Back Where You Came From’ and involves six contestants being taken to Syria in order to learn about the plight of refugees. The six are taken to the front line in Syria and are only about 100 metres away from ISIS fighters as they wear body armour and hurriedly try and get out of the war zone.

You can see a clip from it below where they encounter ISIS and a trailer as well where you realise that they’ve picked the classic reality TV stars for it i.e. absolute pricks:

On the one hand, this probably is a pretty good idea to challenge people’s preconceptions of refugees. I can imagine a lot of people think like those featured here and believe that refugees shouldn’t be allowed to immigrate into another country and should stick it out on their own – this might show them that it just isn’t an option, especially in a place like Syria.

On the other though it seems kind of crass to try and replicate the situation of a refugee with a TV crew and body armour because there’s not really any way it’s going to be similar, other than the fact that they’re actually in the country face to face with people that are suffering from these problems, rather than complaining about them around the dinner table with their snooty friends. That’s not the same as what a refugee is going through though by any means. PLUS the contestants get to go home afterwards. Big bonus.

It’s actually beginning on Australian TV tonight and is a three part special that’s also going to be on tomorrow and the day after. Check it out if your’e over there and let us know how it is. Before that though check out these Russian reality TV shows to find out how it’s really done.