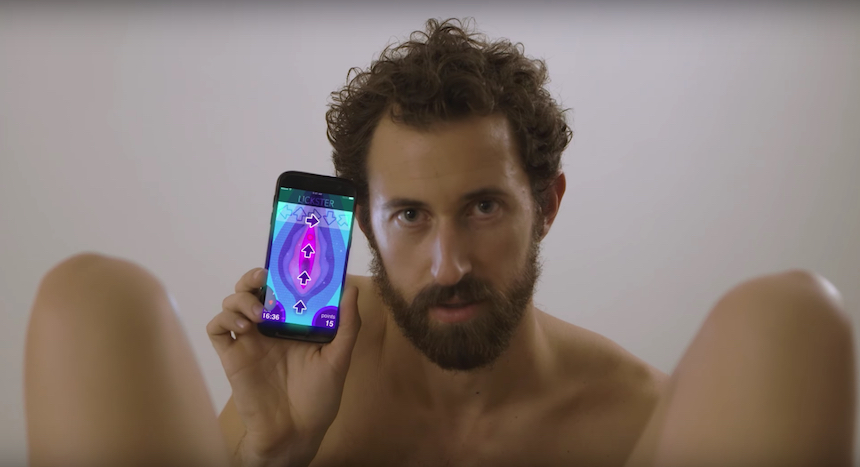 Any guy who knows anything about having sex with a girl will tell you that you’ve got to go down on them if you really want to show them a good time, but it can be kinda tricky to get to the point where you actually know what you’re doing down there.

Thankfully now – as with most things in this life these days – there’s an app to help us out with that. It’s called Lickster and you can see how it works in the promo video for it below:

OK, so I think the fact that it wasn’t actually real came to the forefront when they announced that you could easily broadcast your high score to Facebook, Snapchat and LinkedIn, but in reality I don’t think it’s actually THAT bad an idea. From what I’ve heard a lot of guys could do with some help in that department, so maybe someone should actually knuckle down and make this app?

Might be a real money spinner, if guys actually want to spend their spare time licking their phone I suppose. Sure some people out there would play it for that elusive high score though, even if they didn’t want to share it with their co-workers.

There’s also another benefit of going down on your woman – apparently it burns more calories than going to the gym. Who would have thought it?