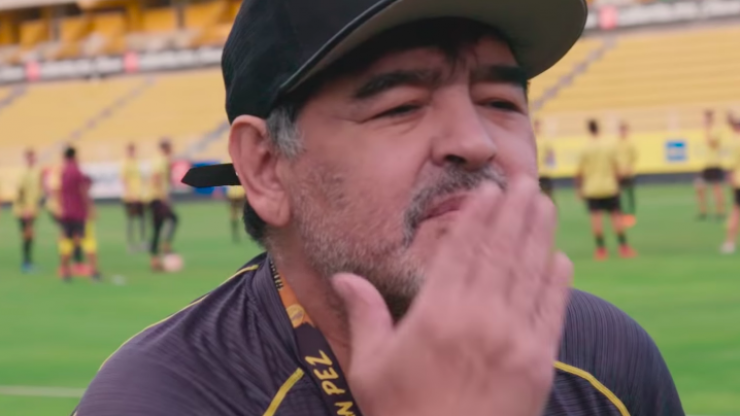 This is going to be dumb.

Maradona is one of the greatest players to have ever played the game, but there’s no denying that he’s also one of the most eccentric and crazy guys to have ever been involved in football as well.

With that in mind, it obviously made perfect sense that Netflix would decide to start filming his every move upon the announcement that he was going to start managing a Mexican second division side called Dorados. The hook was that the club was placed slap bang in the middle of Mexican Cartel country in the town of Culiacán.

So basically you’re gonna get everything you have form a regular behind the scenes craziness of a football documentary, accompanied by all the craziness of Maradona amidst the backdrop of a drug cartel. There’s no way that isn’t going to be good is there – here’s the trailer:

Best thing about it is that it’s literally premiering tomorrow so we barely have to wait any time to binge watch it all the way through. Looks like it’s going to be highly stupid but probably tug on your heartstrings as well like most things involving Maradona because he’s such a majorly weird, almost tragic character. Get ready.