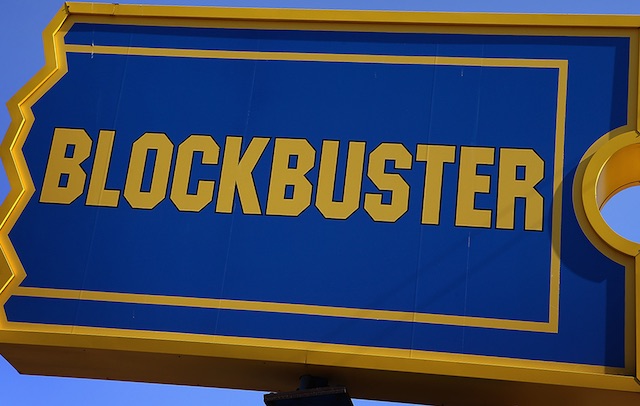 How is it still going?

If you ask anyone who grew up in the 90s/00s about going to the video library – usually Blockbuster – then they’ll almost certainly whimsically recount an almost identical story of heading to their local one on a Friday night full of hope and expectation about renting ‘Independence Day’, yet having to leave after half an hour with a copy of ‘Down Periscope’ or something instead because they were all out and nobody brought one back. It was a bitter disappointment, but everyone will always agree that there was a certain magic about that time that will never be replicated with a Netflix subscription.

Anyway, it’s a well known fact that Blockbuster reneged on a $50 million acquisition of Netflix early on in the streaming platform’s career and a lesser known fact that Netflix CEO Reed Hastings was inspired to start the company after being hit with a $40 late fee from Blockbuster for a copy of Apollo 13, so it’s with a delicious amount of irony that a documentary about the last Blockbuster has ended up being acquired by Netflix and will be premiering on March 15th. ‘The Last Blockbuster’ is located in Bend, Oregon and focusses on the efforts of those involved with keeping it open, interspersed with celebrities like Adam Brody (!!) and Kevin Smith reminiscing on the good times.

Take a look at the trailer below and see what you think:

Well that looks a bit all over the place doesn’t it? At the start it kinda looked like a tribute to Blockbuster, then it went a bit sinister in the middle, then at the end it kinda turned into a screwball comedy or something? Not really sure how this is gonna turn out but I think I’m definitely going to tune in because how could I not? Blockbuster video was such a big part of all of our lives.

For more of the same, check out when Blockbuster Video returned to the UK for a couple of days a few years back. Wild.