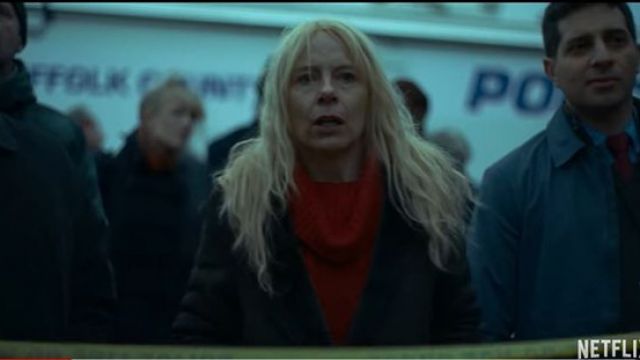 It seriously feels that Netflix literally release a completely sick new true crime movie every other week these days and I’m not complaining about it at all because most of them are up there with the best that television/cinema has to offer.

The latest offering is called ‘The Lost Girls’ and focusses on the story of a woman who stumbles on a conspiracy regarding murdered sex workers after her 24 year old daughter disappears. There’s some serious talent involved with the movie – it’s directed by two-time Oscar-nominee Liz Garbus (What Happened, Miss Simone?), written by Michael Werwie (Extremely Wicked, Shockingly Wicked and Vile), and a features a cast headed by Oscar-nominee Amy Ryan (Birdman, Gone Baby Gone), Thomasin McKenze (Jojo Rabbit, Leave No Trace), and Gabriel Bryne.

You can check out the trailer and the official plot synopsis below:

When 24-year-old Shannan Gilbert mysteriously disappears one night, her mother Mari (Amy Ryan) embarks on a dark journey that finds her face to face with hard truths about her daughter, herself, and police bias.

Determined to find her daughter at all costs, Mari retraces Shannan’s last known steps, driving her own investigation to an insular gated community near the desolate outer banks of Long Island. Her discoveries force law enforcement and the media to uncover more than a dozen unsolved murders of sex workers, young lives Mari will not let the world forget.

That looks kinda stressful doesn’t it? Kinda a bit of a cop out that they reveal that it’s based on the book of the same name that has ‘Unsolved Murder Mystery’ in the title, but I guess it’ll probably still be wroth watching to find out how we get to that point.

For more of the same, check out Netflix’s latest true crime documentary. Excellent once again.