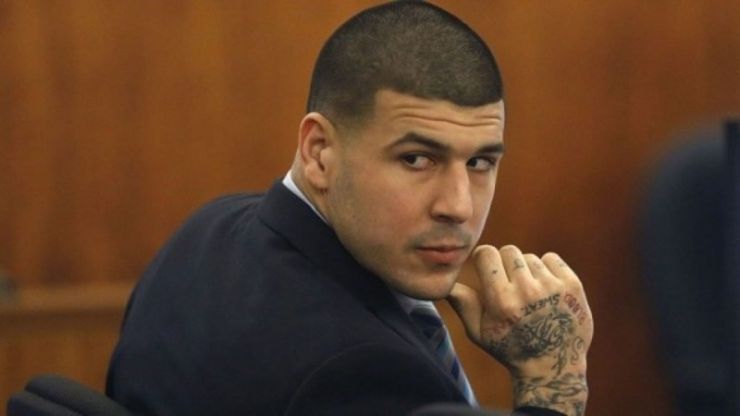 It focuses on the life of disgraced former NFL star Aaron Hernandez.

It seems like it’s only been a few weeks since the last culturally phenomenal Netflix true crime drama – and that’s because it was in the shape of ‘Don’t Fuck With Cats’ – but that’s just the buisnesss of what they do, so naturally there’s another one dropping next Wednesday January 15th.

This one is called ‘Killer Inside: The Mind Of Aaron Hernandez’ and focuses on the former NFL superstar of the same name. Hernandez had enjoyed a successful career until he was convicted for the murder of a semi pro athlete named Odin Lloyd who had been dating his sister and had been set to become his half brother.

The documentary also examines how he had been previously acquitted of the murder of two men in a case previous to this one and how his rise through the NFL ranks had been mirrored with an increasing obsession with gang culture. Check out the trailer below:

Yep, that’s definitely going to get people talking isn’t it and it’s no doubt going to be absolutely huge over in America where this was obviously a much bigger deal than it was over here due to that guy’s profile.

Still think we’ll probably lap it up though because just look at it. Gonna be good.

For more of the same, check out the trailer to ‘Don’t F*ck With Cats’ if you missed it. Another instant classic.