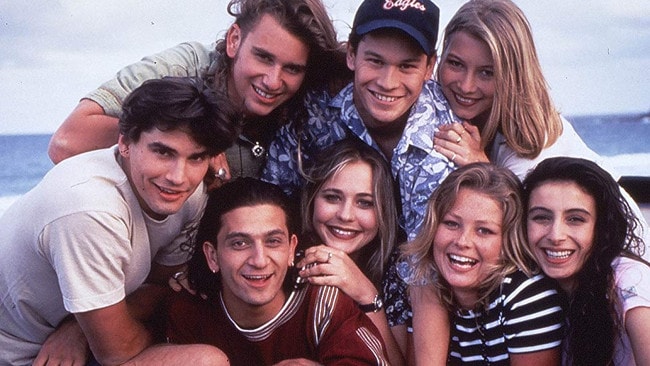 Back in the mid 90s there were only four TV channels and therefore hardly any TV shows whatsoever, so you knew that if a one had been imported from Australia then it was probably going to be decent and ‘Heartbreak High’ certainly didn’t disappoint with its gritty portrayal of immigrant families in inner city Sydney.

The series has recently landed on Netflix and proved a ratings hit with many viewers discovering it for the first time, as well as those who would gleefully tune in at 6pm on BBC 2 every Monday night. In fact, it’s been such a hit that the streaming giant has decided to order a brand new reboot of the series that should debut in 2022.

Here’s what Que Minh Luu – Netflix’s head of Australian development – had to say about the decision:

Netflix has commissioned a reboot of the much-loved Australian young adult series #HeartbreakHigh. Inspired by the original ‘90s series, but totally reimagined for a new generation, Heartbreak High will make its global debut on Netflix in 2022. pic.twitter.com/DxeoxTqZek

We haven’t had a rebellious Australian YA series on screen since the original Heartbreak High, so this is well overdue.

The new Heartbreak High is for young people in Australia today to feel seen – showcasing their stories, senses of humour and aesthetics to the world, and reminding everyone that they are much, much cooler than us.

It’s also for the 90s kids, fans of the original series who remember what it’s like to feel understood by a TV show, then racking off. This Netflix show will be ours, and we can’t wait to get started.

It’s pretty funny how she referred to ‘Heartbreak High’ as YA as I’m pretty sure the term didn’t even exist when it was first on our screens back in the 90s, but there you go. This should be good when it debuts in a couple of years, just a shame we’ve gotta wait so long for it to show up. 210 episodes of the original series to get through first though so not exactly like we’re gonna have much free time to think about it.

For more of the same, check out the Netflix ‘Unsolved Mysteries’ reboot. Another great example of Netflix killing it with a rebooted show.