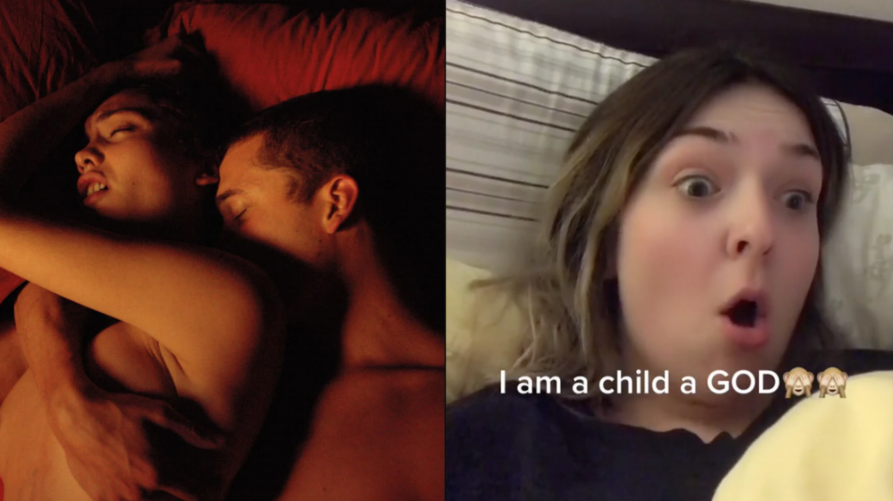 I watched the scene – for research, obviously – and yeah it is completely NSFW and uncomfortably long and definitely not the sort of film you want to watch with your parents…

And just like that, this 5-year-old film has catapulted into the Netflix top 10 thanks to this TikTok trend of teenagers sharing their reactions to the opening scene. Never underestimate the power of TikTok & Gen-Z.

I don’t want to spoil the scene in case anyone wants to check it out for themselves, but just make sure there are no children or anyone else around that you would be embarrassed to essentially watch porn in front of. If you want to also film your reaction and stick it on TikTok, looks like you’ll probably get a million or so views out of it. But the idea of any couple randomly putting this film on because it looks like some sort of romantic movie and then being immediately hit with that scene is laugh out loud funny.

For a look at Gen-Z roasting Millennials on TikTok with surprising accuracy, click HERE.