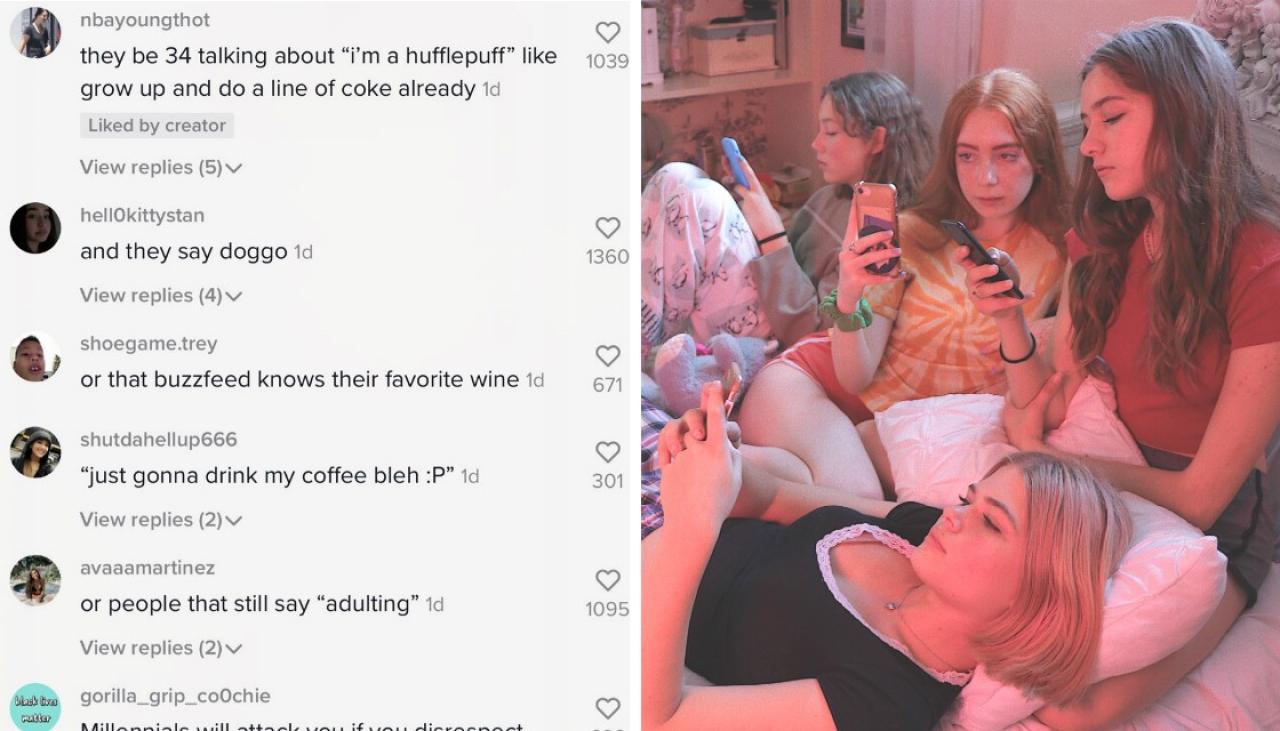 Generation Z are the most ruthless generation yet.

Millennials have been getting rinsed by Generation X and Boomers for years for having shitty work ethic, not being able to get on the property ladder and generally being thin-skinned emotional wrecks, but it looks like they’re now receiving grief from an entirely new group – Generation Z or ‘Zoomers’.

Gen-Z are often confused with Millennials but according to Kasasa are those born in 1995 – 2015 demographic, whereas Millennials were born between 1980 – 1994.

Anyway, it looks as though every new generation is more ruthless than the last, at least when it comes to being mean about preceding generations online:

i’m awake at 3 am and i just want everyone to know what gen z says about millennials on tiktok….. pic.twitter.com/zduy5QmBCG

Jeez. Whether you’re a Millennial or Generation Z kid, you have to admit some of those descriptions are painfully accurate. The world is going to be a brutal place when these little dickheads eventually take over. Maybe Millennials shouldn’t have invented cyber bullying if we didn’t want Gen-Z to become experts at it?

Oh well, so long as Gen-Z knows that their time will come also. Apparently the generation after them is known as Generation Alpha, which includes anyone born after 2015. Can’t even begin to imagine what awful little shits they’re going to turn out to be, but I’m sure their cyber bullying strategies will be at least somewhat amusing.

For another example of how ruthless Gen-Z can be, watch how they destroy this poor Asian girl on Omegle with COVID-19 jokes.