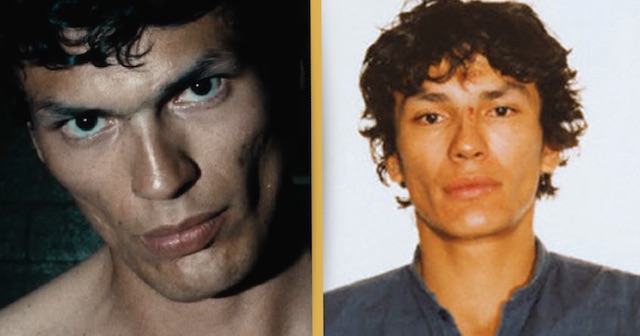 Another day, another true crime drama on Netflix.

Another day, another true crime Netflix documentary for us all to binge.

This time it’s the turn of a guy called the the Night Stalker himself, also known as Richard Ramirez. He terrified residents of Los Angeles and San Francisco in 1985 carrying out a number of indiscriminate sexual assaults against men, women and children with ages varying from six to eighty two. He was captured and executed in 2013.

The new four part series tell the story of Ramirez through a combination of first-person interviews, archival footage and reenactments. You can check out the trailer and the synopsis below:

Racing against the clock to stop this nocturnal monster were a young detective named Gil Carrillo from the Los Angeles County Sheriff’s Department and the legendary homicide investigator Frank Salerno.

As they worked tirelessly to solve the case, the media hounded their tracks, and panic gripped California…

This four-part series represents the definitive telling of this iconic L.A. real-life horror story, painting a portrait of how it felt to live in fear at a time when absolutely anyone could be the Night Stalker’s next victim.

Yeah, looks like another essential watch doesn’t it? Sadly it won’t be available to binge over the Christmas period with a release date of January 13th, but the way it’s going it looks as if we’ll probably be in lockdown most of January so it’s not like we’ll be doing much then anyway. Perfect.

For more of the same, check out this one about America’s strangest and most prolific serial killer. Any ideas who it might be?