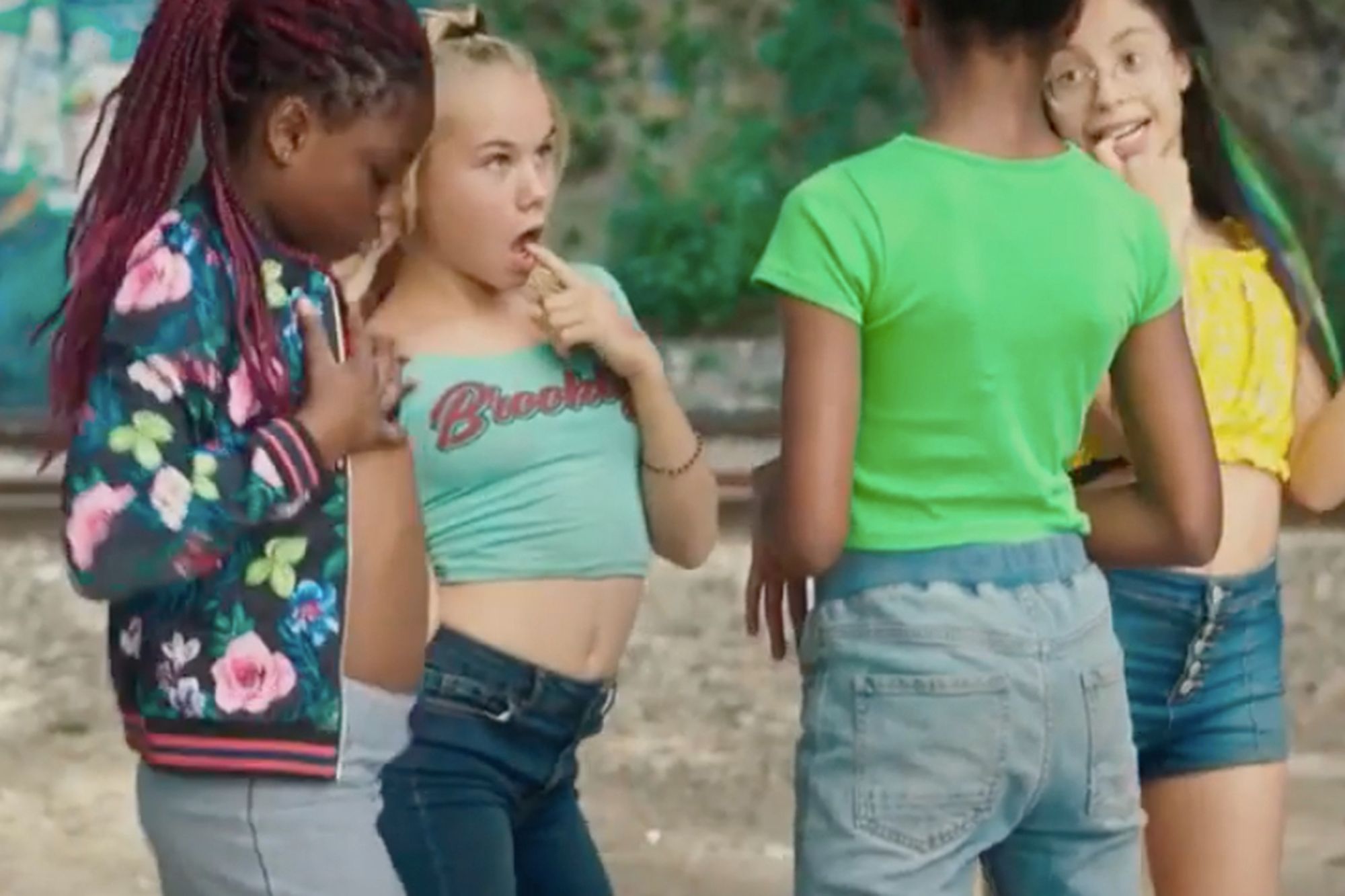 Netflix is facing a massive backlash for its decision to release French film ‘Cuties’, with critics accusing the company of ‘sexualising children’ in the ‘coming-of-age’ movie that revolves around an 11-year-old girl torn between traditional family values and twerking with her friends.

Here’s the trailer for Cuties – titled ‘Mignonnes’ in French:

The like/dislike ratio under that trailer says it all:

At time of writing, 45,000 people had signed a Change.org petition demanding that Netflix remove Cuties from their streaming service (it’s set to debut on September 9th).

Netflix has a movie called “Cuties” about 11 year olds in a twerking dance group. Some of the reviews claim it’s a “commentary” on the sexualization of children but this is the poster. And keep in mind that the lead actress is actually 11 years old. In the film and real life. pic.twitter.com/4p2exeSvXw

Oh there’s a Netflix show about a twerking dance crew of 11-year old girls that has an 83 percent positive rating on Rotten Tomatoes called “Cuties”? I’m not even surprised anymore, that’s how messed up our culture is.

its interesting to compare the french version of the cuties poster to the american version…
like the French version has more “kids having fun!” vibes, while the American version is just fucking…. gross.
I feel like the #Netflix marketing team has a lot to answer for. pic.twitter.com/c8QrX0EY75

Not even 4chan is allowing images from Cuties.
Holy hell. #cuties #CutiesNetflix pic.twitter.com/E5LfusXJKE

#Cuties changed their icon due to backlash 😂 pic.twitter.com/cYesWPHOwo

Parents & carers need vigilance in protecting children from sexualisation. Every day brings a new Hell. Today’s low is ‘Cuties’ on Netflix. A twerking mess that has 11-year-old girls grinding like pros. Another consequence of strippers becoming pop stars & influencing our young.

There are countless stories @netflix could have chosen to tell about young girls going on adventures, supporting one another, and being children. But with Cuties @netflix teaches girls to view themselves as sex objects. And that’s not remotely acceptable.

Cuties was written and directed by Maïmouna Doucouré, who won the jury award at Sundance for directing the movie. She spoke to ScreenDaily about her inspiration for writing the film – attending an amateur talent show in Paris:

There were these girls onstage dressed in a really sexy fashion in short, transparent clothes.

They danced in a very sexually suggestive manner. There also happened to be a number of African mothers in the audience. I was transfixed, watching with a mixture of shock and admiration. I asked myself if these young girls understood what they were doing.

Petitioners on Change.org say (amongst other things):

The movie ‘Cuties’ shows children dressed provocatively, dancing sexually and is rated only for adult viewers. It was created for the entertainment of adults who are pedophiles. Please sign the petition to protect our children from exploitation in movies.

Well I don’t know that it’s fair to say it was ‘created for the entertainment of paedophiles’, especially after reading Maïmouna Doucouré’s inspiration behind the film, but it’s definitely concerning that Netflix is/was marketing it in a way that would make you think that. Didn’t exactly use that strategy when marketing Stranger Things, did they?

I’m hesitant to give a definitive opinion on it considering I haven’t seen the film, but it could be that the 11-year-old protagonist realises that being an underage twerker is not a great look for her or her parents or anyone else and shuns the lifestyle in order to become a brain surgeon, or something. We’ll have to wait and see (unless that Change.org petition really picks up steam, in which case I wonder whether Netflix will actually consider taking the movie down).

Meanwhile over in Germany, a new film about a man who shags his robot daughter is also facing serious backlash. WTF?