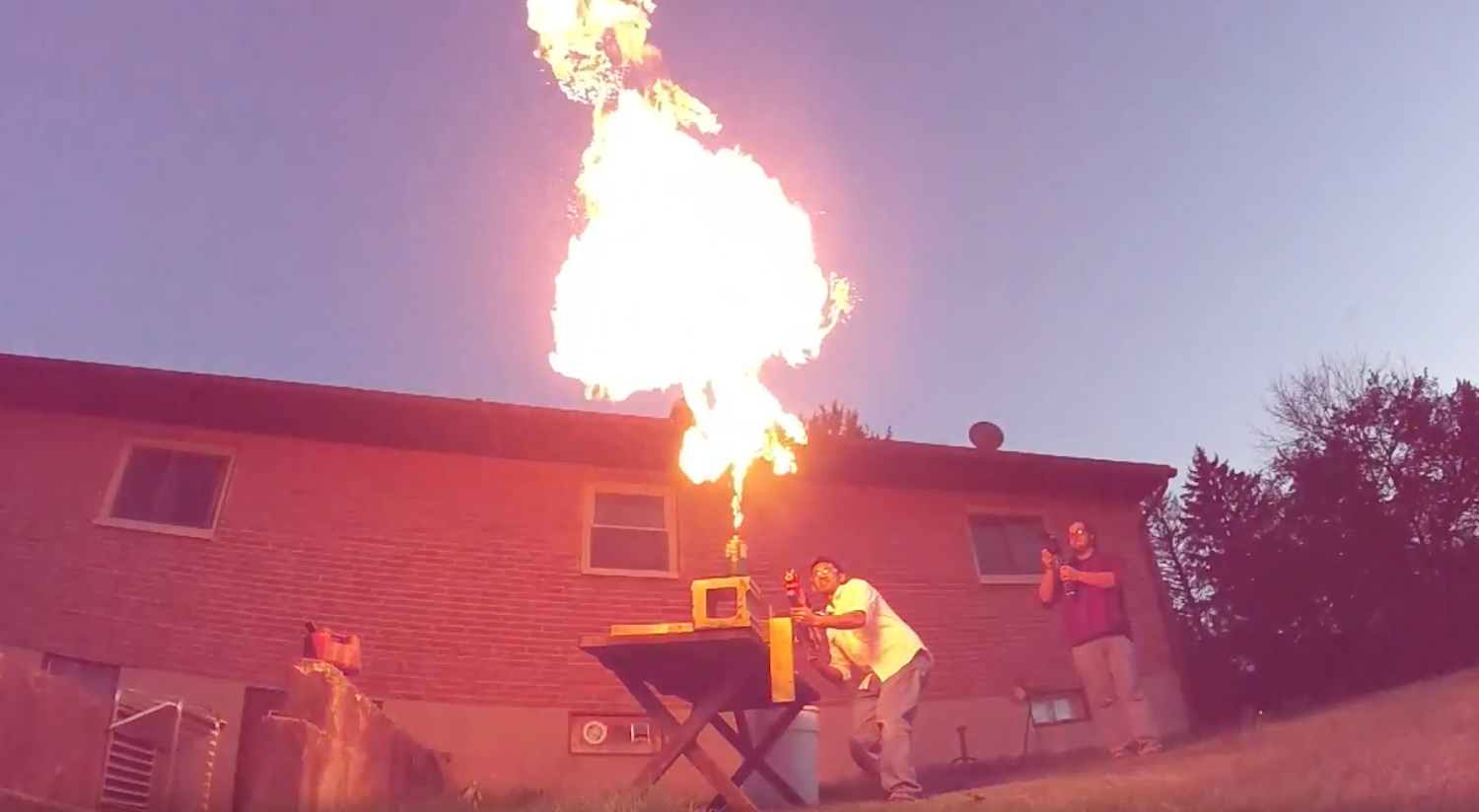 Nerf was always a game I really wanted to get into as a kid but never did for whatever reason – probably because my mum thought it was too dangerous or something and Quasar was way safer. But I’ve always thought that it looked super fun even now. Kinda like paintball for pussies, although this guy’s modifications to the guns make it seem like it could evolve into a deadly new sport.

In the fairly detailed video below, this dude Peter Sripol explains how he’s modified his Nerf guns so that he’s able to shoot nails and darts out of them at 150 PSI, effectively rendering them into weapons that could completely and utterly fuck someone up in the wrong hands. The results are actually terrifying when you see how devastating they can be in the video below – keep watching it until the end to see him blast through a whole bunch of cool things like bananas and wood blocks with six inch nails, as well as launching fireworks out of it and using it as a flamethrower in a surprisingly entertaining montage:

Geez. I’m not really sure if this Peter Sripol guy is a genius or a psychopath after watching that, but I do think his gun is cool. I just hope I don’t end up reading about someone using a modified Nerf gun to shoot up a school any time soon.

For more of the same, check out the world’s largest Nerf gun, which is almost ridiculous as all this.