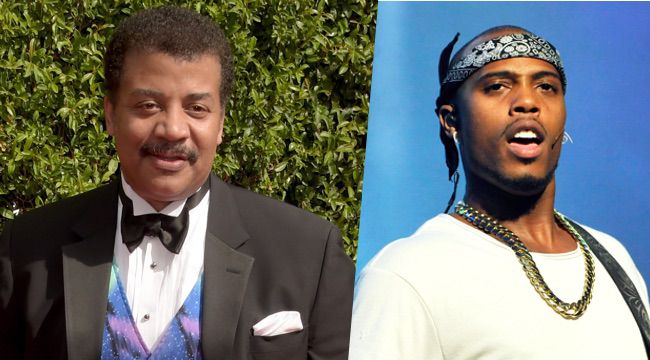 Earlier we told you how rapper B.o.B had gone full-on conspiracy theorist on Twitter, trying to convince everyone that the Earth is actually flat and that the government has been lying to us since forever about it (for whatever reason).

Here’s a reminder of what B.o.B was Tweeting alongside some other paranoid nonsense he’s into:

The cities in the background are approx. 16miles apart… where is the curve ? please explain this pic.twitter.com/YCJVBdOWX7

I think a modern day moon landing would expose too many inconsistencies with the last one, #whywehaventgoneback https://t.co/6M93snXw1E

So yeah, we’ve all heard the 9/11 and moon landing conspiracies a million times before. Not even going to bother talking about this celebrity cloning centre he’s going about. But what really blows my mind is there’s actually people out there in 2016 who believe the world is flat. B.o.B. backed up his beliefs with these screenshots he took from a book:

Things were getting a bit silly so Neil deGrasse Tyson got involved to shut this clown down:

@bobatl Earth's curve indeed blocks 150 (not 170) ft of Manhattan. But most buildings in midtown are waaay taller than that.

@bobatl Polaris is gone by 1.5 deg S. Latitude. You’ve never been south of Earth’s Equator, or if so, you've never looked up.

Tyson then pretty much summed it up:

@bobatl Duude — to be clear: Being five centuries regressed in your reasoning doesn’t mean we all can’t still like your music

@bobatl Flat Earth is a problem only when people in charge think that way. No law stops you from regressively basking in it.

I’ll give B.o.B. this – he’s thinking critically and asking questions which is something that can only be commended. The problem is he seems to have gone all-in with this belief that the world is flat so he’s not trying to hear anything anyone tells him that proves otherwise, even if it’s coming from one of the smartest men in the world.

Don’t waste your time Neil – you’ve still got to answer that 6-year-old’s question about the meaning of life.