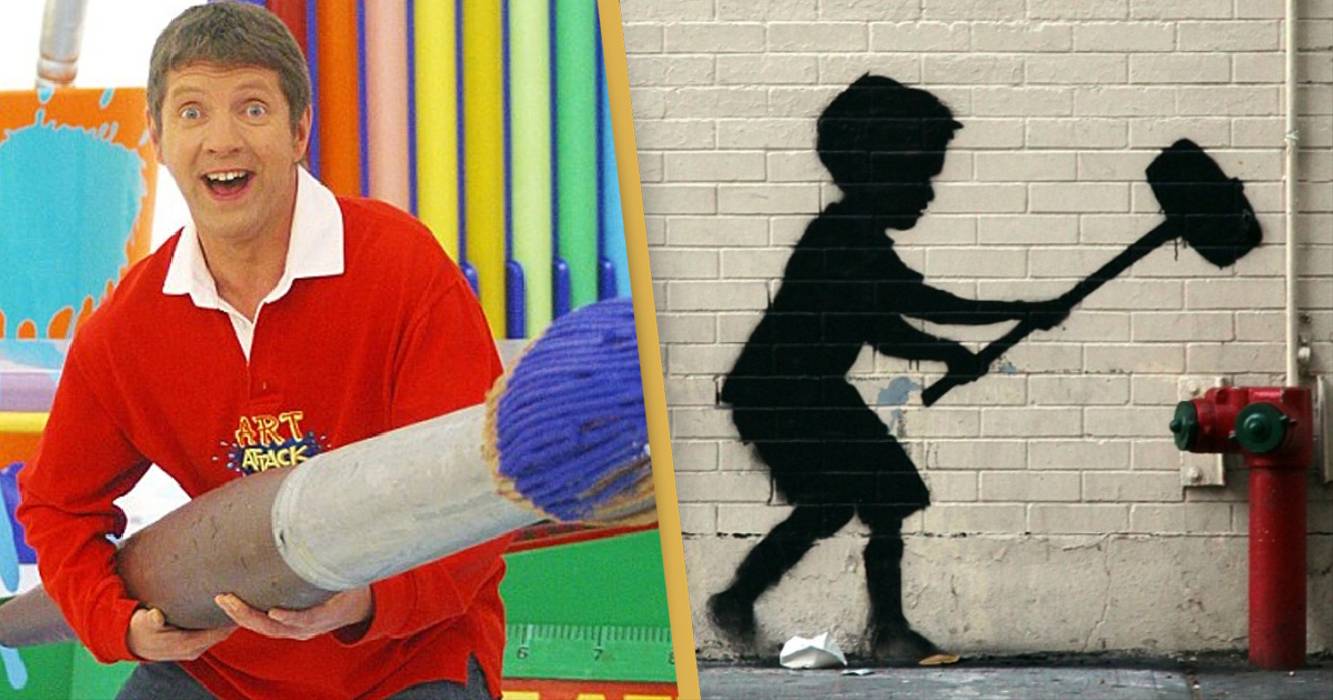 This is an Art Attack.

If you grew up in the 90s then there’s pretty much no way that you wouldn’t know who Neil Buchanan was due to the fact that he was bombarding our screens with hundreds of Art Attacks every week for about seven years, but could his experience on the show really have paved the way for him to become celebrated street artist/activist Banksy?

He’s a musician and art has followed in the cities of shows he’s done allegedly.

This is straight in the believe without question category . pic.twitter.com/LWU48wGekR

As is usually the case with these things, the tweet took on a whole life of its own and it wasn’t long before everyone on Twitter was talking about it. Here are a few of the hottest takes, although it’s mostly just people saying ‘lol how hilarious would that be’ and not really adding anything to the conversation:

For everyone doubting the theory that Banksy is Art Attack’s Neil Buchanan, may I remind you Neil was already leading a double life in the 90s as Smarty Arty on Zzzap! pic.twitter.com/JwiISMhpB9

the whole Neil Buchanan being Banksy conspiracy has just made me realise how badly I want an art attack jumper pic.twitter.com/ngNpeaWHOY

I can’t go much further with this year. Turns out Neil fucking Buchanan has been Banksy all along.

Top suspects for the identity of Banksy:

Indeed, the idea became so huge that Neil Buchanan himself has been forced to issue a statement regarding the matter via his personal website. Here’s what he had to say:

We have been inundated with enquiries over the weekend regarding the current social media story.

Unfortunately this website does not have the infrastructure to answer all these enquiries individually, however we can confirm that there is no truth in the rumour whatsoever.

Neil spent Lockdown with vulnerable members of his family and is now preparing to launch his new art collection in 2021.

Thank you and please stay safe.

If Neil Buchanan was actually Banksy then he would obviously deny it in a statement like this, but I also pretty much think that there’s no actual way that he’s Banksy because I mean come on, that just can’t be true can it? Think about it.

In any case, everyone knows who Banksy is anyway after Goldie accidentally revealed his identity in an interview in a few years ago. Think this is way more likely to be honest.