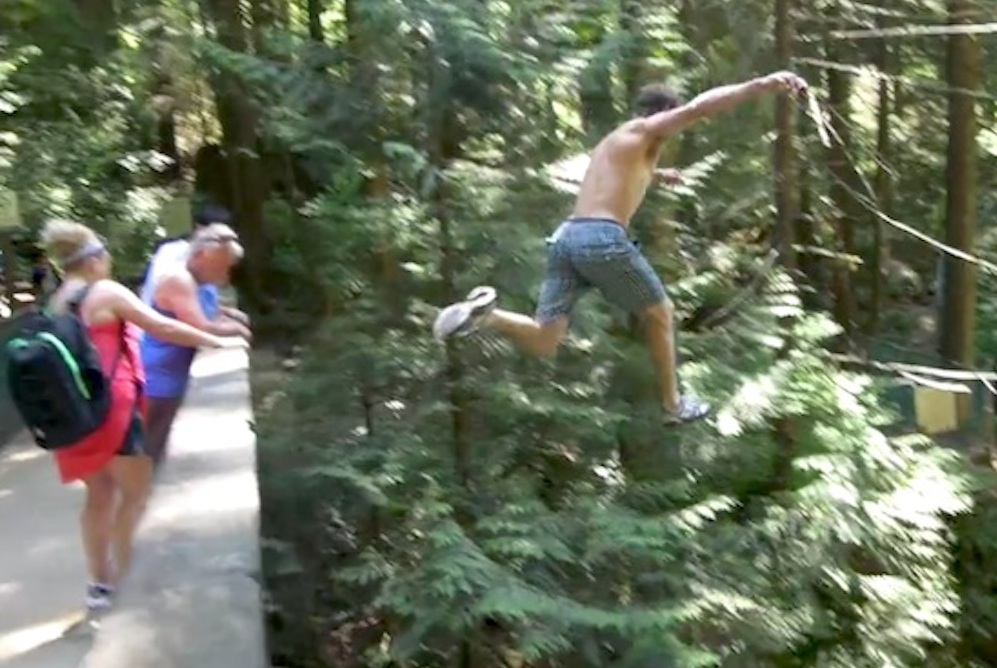 Even though they’re 110 feet up and the water is especially shallow this year, he just goes for it.

I don’t know who Nathan Roberts is but he seems like a complete sickhead based on this video.

He basically heads up to this place called Lynn’s Canyon in Northern Vancouver to indulge in a bit of cliff diving in what is one of the dopest spots in the world for it apparently. It’s some kind of park/jungle and to be honest with you I can’t disagree with the analysis because it looks like Nathan’s having the most fun ever in some awesome exotic play land in the video below.

In addition to this, the water is supposed to be especially low this year due to the lack of snow they received in the winter, so some of the dives he tried are even more dangerous than usual, especially the final 110 foot plunge at a spot called The Getaway. It doesn’t really seem like Nathan gives a toss about this though as he’s just back and front flipping all over the place like a little kid pretty much. What an absolute badass.

Looks absolutely awesome, and probably even better for the fact he never had to come face to face with a great white shark after a dive like this guy.