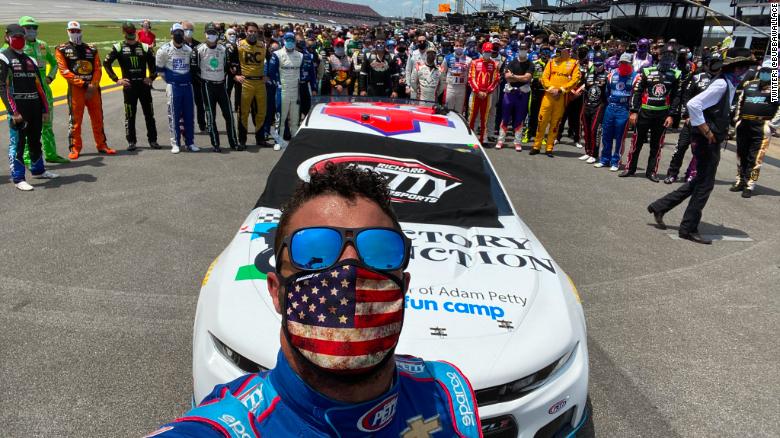 The Bubba Wallace noose story has been a wild ride over the last couple of days with many people now accusing the driver and his team of massively overreacting after the FBI determined that the rope had existed like for a long time prior to its discovery by Wallace’s team.

However, NASCAR have now decided to release a picture of the noose and having seen it I think we can all probably agree that anyone who found that in the current climate would probably have reacted in the same way:

NASCAR just released a photo of the garage pull rope that was fashioned into a noose at Talladega. pic.twitter.com/gRAUAJoYv2

Yeah, that’s most definitely a noose and you can see why someone would kick up a fuss about it. Hopefully everyone giving him a hard time about it on Twitter and Facebook will STFU now and have some sympathy with what he was experiencing because it’s pretty harrowing to be confronted with something like that when you open up a garage.

For more of the same, check out this guy protesting with a noose around his neck who almost ended up hanging himself. Ouch.