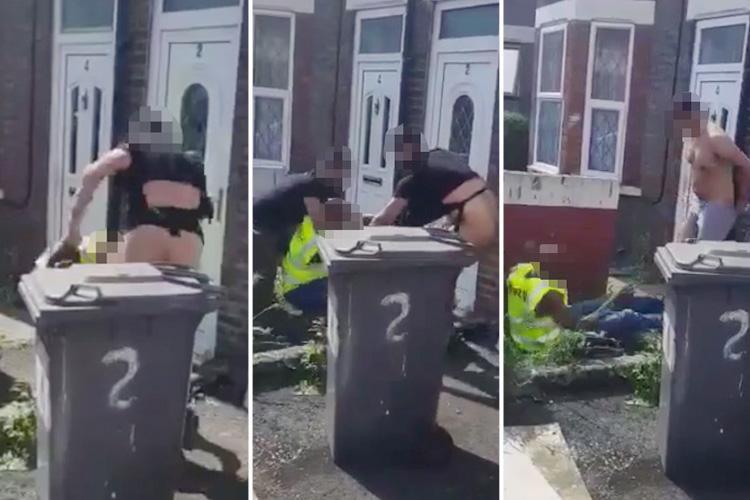 Imagine trying to defend yourself in a road rage scenario in the middle of a busy street while also struggling to keep your bits hidden after having your clothes completely ripped off. Not ideal really.

That was the situation this poor bloke found himself in on Cromwell Road, Luton earlier. Though it sounds like he only has himself to blame.

According to the guy in the high visibility jacket, named Harris, his opponent became impatient when he said hello to someone in traffic and was supposedly holding him up. The guy jumped out of his Audi and smashed his van windows before stealing his female companion’s mobile phone.

Well as you’ll see below, that set Harris on the warpath:

A+ tactic by Harris. Corner your opponent in some stranger’s front garden and just tear every thread of clothing from his body. No chill whatsoever. Not only did he completely embarass and emasculate him in public, he also turned him into a viral internet joke in one swoop. Payback at its finest. Go Harris go!

For the most hilariously polite road rage incident ever which occurred over in Ledbury, Hertfordshire, click HERE.