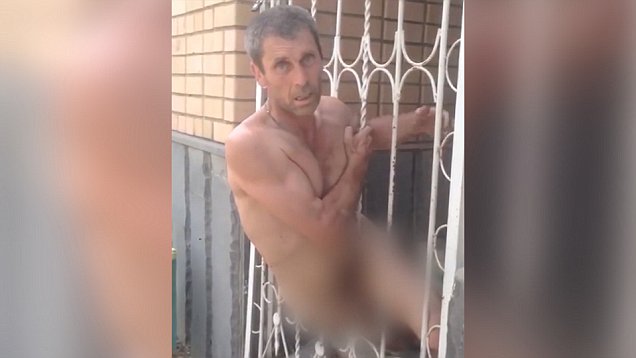 If ever I saw a naked man stuck in a gate, I’m not sure what I would expect their excuse to be but I don’t think it would be that it was because they were a paranormalist and they had been hunting ghosts. Come to think of it, it kinda explains everything though doesn’t it? Just blame it on the ghosts.

The video comes from the city of Rostov-on-Don and is about as bizarre as you would expect from a man stuck naked in a gate trying to get out. He actually manages to wiggle out at the end which is pretty impressive, I just wish I knew how he got in such a situation in the first place. Not buying the ghosts story there mate, sorry.

That’s really weird right? I hope that the translations are actually correct and not just some joke that someone found, although to be honest saying that you’re a paranormalist isn’t even that funny – it’s just more strange than anything else – so I doubt that it is actually something that someone actually made up in the pursuit of humour.

Again, I just wish I knew what was really going on in that video as that’s one hell of a predicament to find yourself in. Russia is a weird place though so I suppose we shouldn’t be too surprised about that.

For more naked men, check out this naked man performing a pole dance on the London tube. As you do.