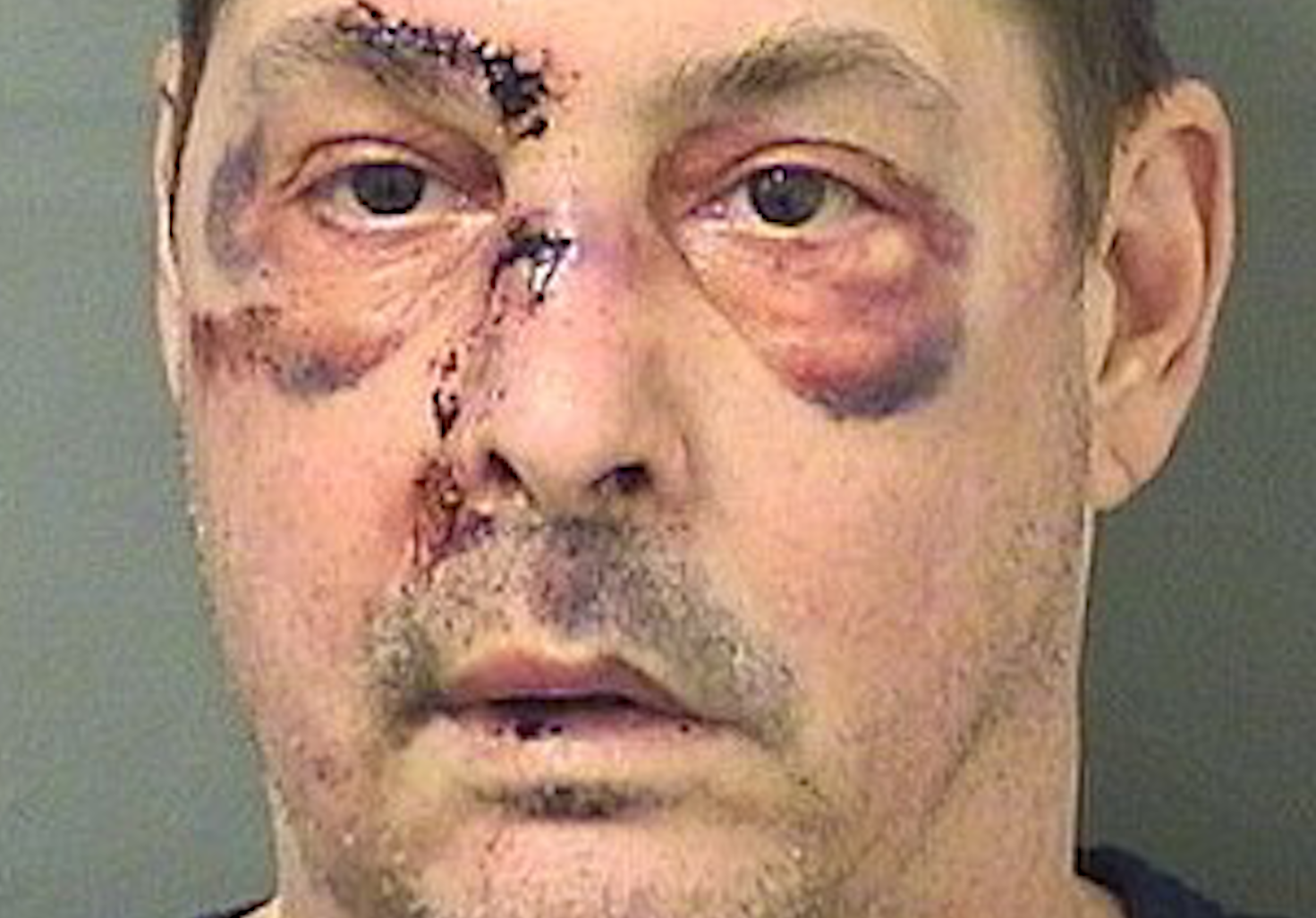 As far as later life crises go, I don’t think you can get much worse than 56 year old Kurt Jenkins from Florida.

Jenkins was arrested in a gated community in Boynton Beach after he attached a muscle stimulator to his penis and drove around the streets naked, routinely flashing at anyone who walked past him. Police were alerted after a guy who Jenkins beckoned to join him in the car and made sexual remarks to took a picture of him (below) and sent it over to them.

When the police arrived, Jenkins had managed to at least put on a pair of red shorts, but he still deiced to resist arrest which resulted in him being thrown to the ground in a scuffle and suffering the injuries that you can see in his mugshot above. Kinda looks like he got the absolute shit beaten out of him, but for once I can get behind the actions of US cops because it sounds like he was being a complete and utter weirdo.

The police statement on the incident said the following: 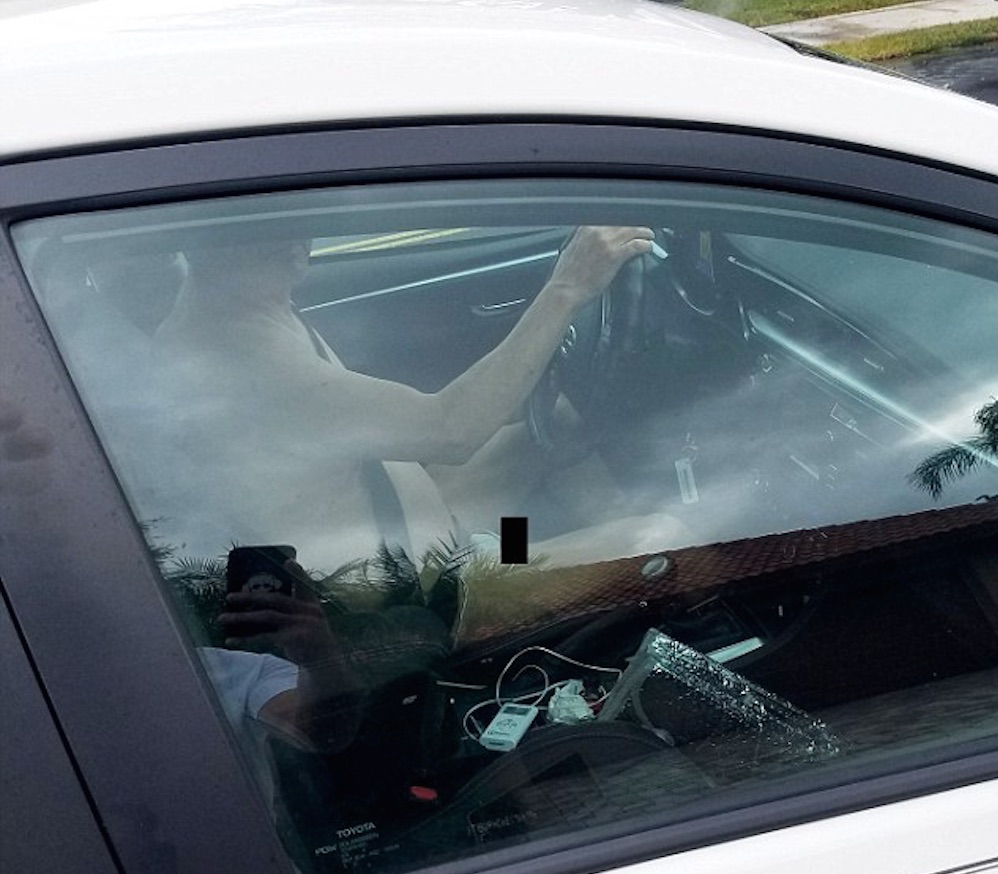 The victim advised he observed a naked man driving a white 4 door Toyota slowly through his neighborhood.

As the subject drove by the victim he gestured at the victim to look down towards his groin area where the victim observed an electronic device with wires attached to Jenkins penis.

The victim advised he turned down Jenkins advances and contacted our agency.

What a completely absurd situation. There’s been no mention of why Jenkins was indulging in this behaviour or what’s happened to him since, but I hope that he’s getting some kind of psychiatric help because these are really the kind of actions that are only perpetrated by someone who’s having a complete and utter breakdown. Hopefully he manages to sort it out.

For more dicks, check out this guy with a one inch penis who revealed everything about his sex life. Harrowing.