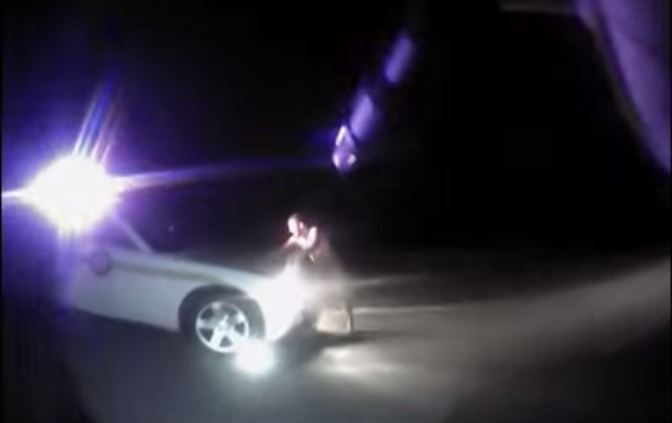 An eastern Mexico man has been arrested after stealing a cop car while running around naked in the middle of the street, claiming he’d been ‘poisoned’.

37 year old Jesus Tarango was behaving erratically and had the police man completely baffled and wondering what to do, before hopping into his car and leaving him in the dust:

Owned. Seems like for every cop out there who seems like they know what they’re doing there’s going to be ones like this who get their cars nicked by naked crackheads right before their eyes. The guy had his naked balls and arse rubbing all over this policeman’s seat and there was nothing he could do about it but call for backup.