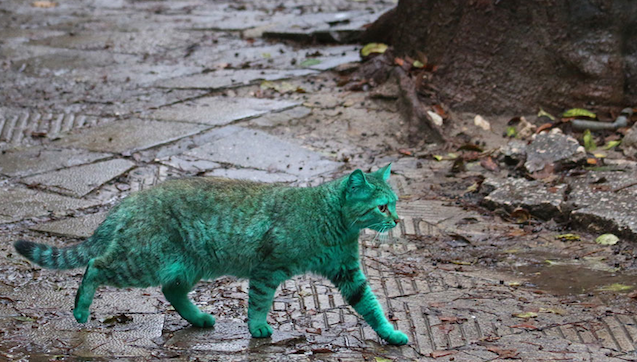 How the hell did this guy get so green?

This cat is really green and it isn’t the work of PhotoShop or anything like that (like these pictures of birds with dogs heads), it’s 100% real and has been stalking the streets of Varna in Bulgaria.

But how? I’m sure you’re eager to know as were many of the residents of Varna who spotted it around and were desperate to figure out just how this had happened. Was it something to do with aliens or a rare medical condition perhaps?

Unfortunately, the actual explanation turned out to be way less sinister than either of those things after some of the locals followed it around for a bit. They found out that the cat had been sleeping in some powdered green paint at a local garage, causing it to end up looking like this. Whilst a cooler explanation would have been more interesting, we’re still stoked to see this cat walking around all green like it couldn’t care less.

Apparently it’s been like this for a while and doesn’t show any sign of stopping, especially now that it’s an internet sensation. Judging by these pictures too it doesn’t seem like it’s giving him any trouble with the other cats it’s been hanging out with either, in fact they look as if they’re positively enamoured by it. All about doing something out of the box. 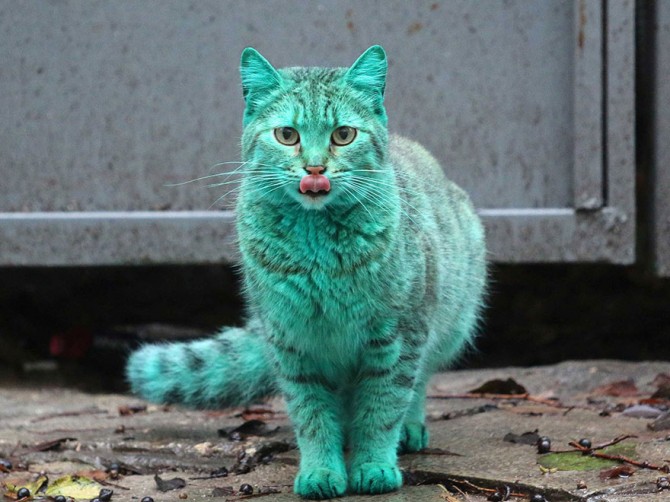 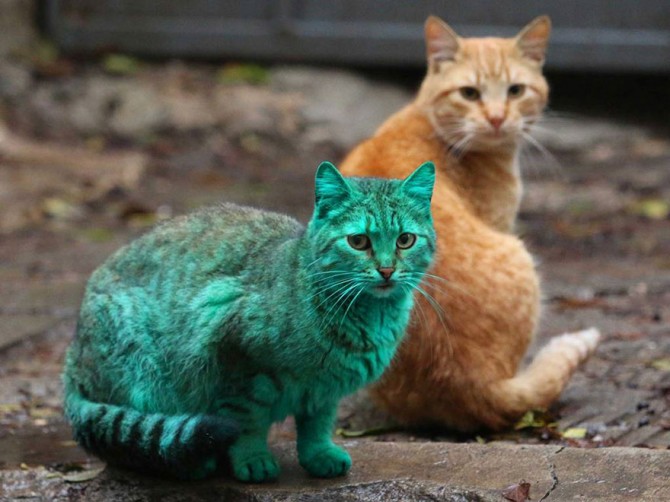 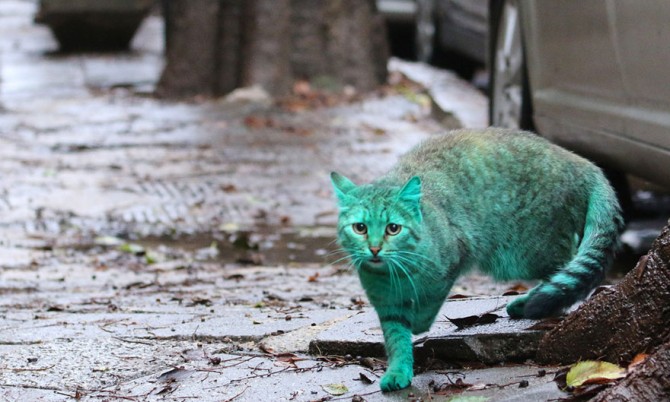 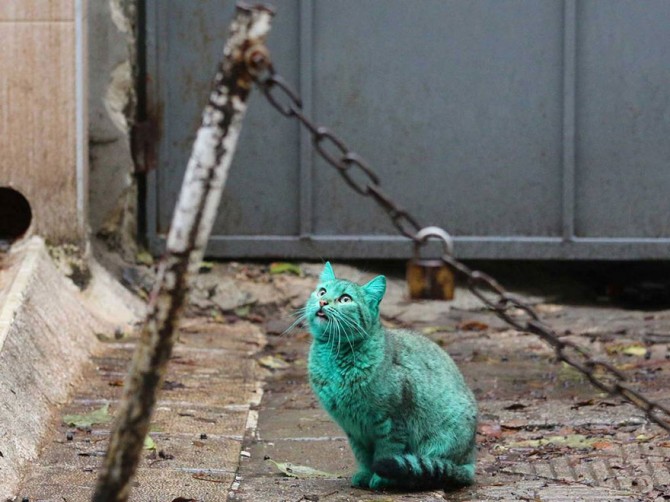 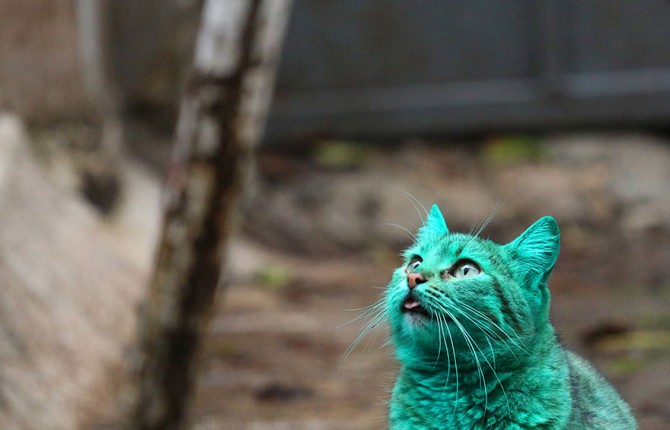 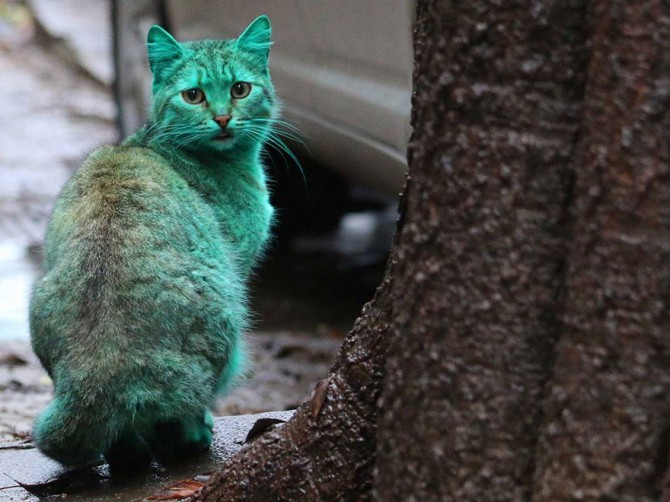 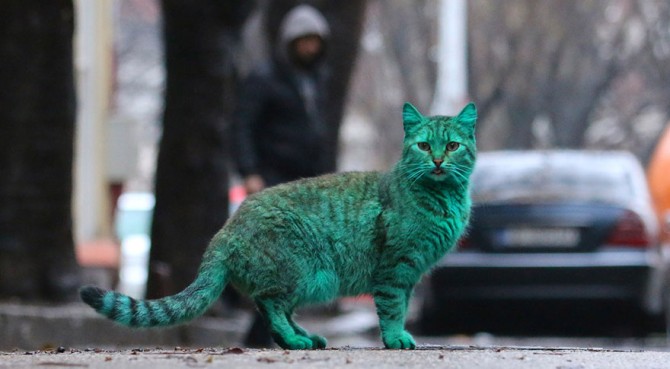