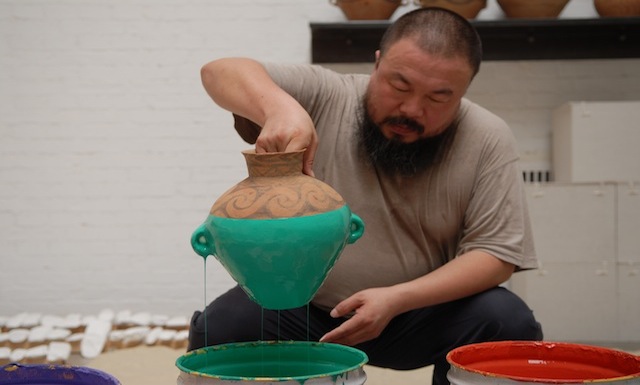 This dude is upset that a Florida museum won’t support the work of local artists, so he strolls in and smashes an international artist’s work worth $1 million.

Long story short, a local artist angry at the Perez Art Museum in Florida for favouring international artists over local talent in their exhibitions walked into the museum, picked up a $1 million vase on display by Chinese artist Ai Weiwei and smashed it to pieces on the floor.

The irony is that Ai Weiwei used to create and smash his own vases as protest against the Chinese government in the past.

â˜› More Art: The Dark And Surreal Art Of A Sleep Paralysis Victim

Anyway, turns out Ai Weiwei’s not really bothered: “I don’t really care much and actually my work is often damaged in different shows, because it’s fragile so normally I don’t take these things too highly. Damage is damage, you know. If they have insurance, maybe it will be covered.”

So yeah, damage is damage like he says. Total chill attitude. Maybe because Ai Weiwei understands that modern art is completely ridiculous anyway. He’s just like yeah I made a vase and this idiot broke it, so what? I’ll just make another vase, someone will say it’s worth a million dollars, and that’ll be it. Ai Weiwei gets the extra publicity and carries on selling vases for millions of dollars, while this dude who’s probably not much good anyway goes to work at Burger King.