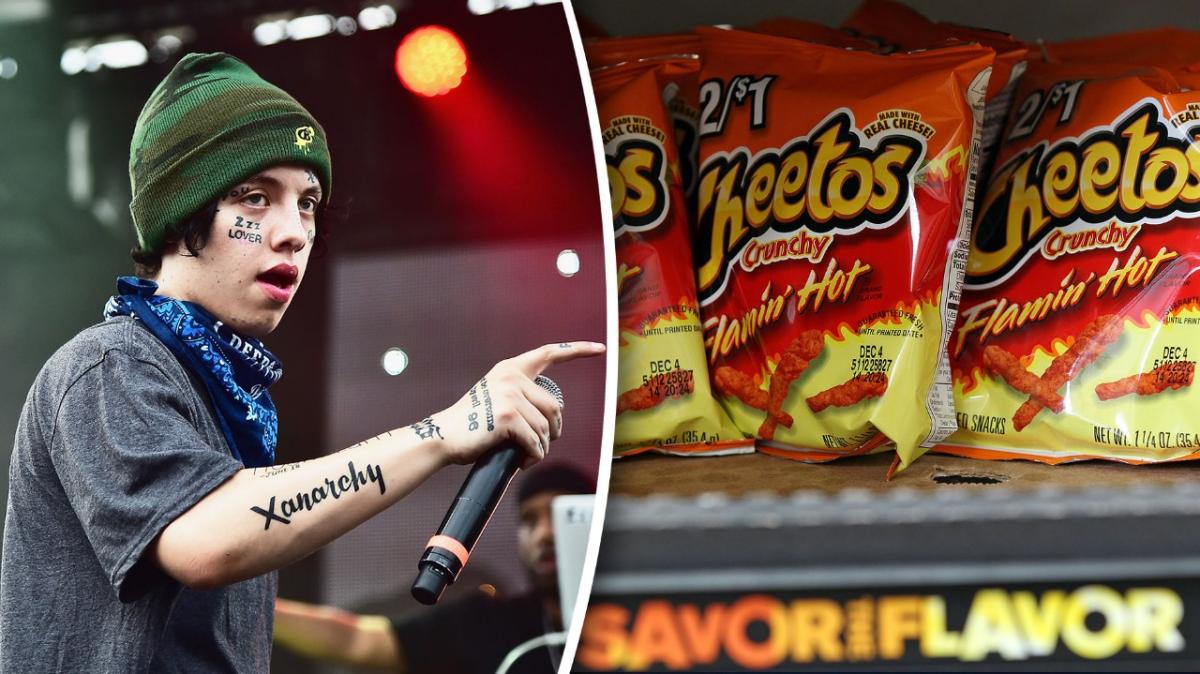 They ripped open his stomach.

Lil Xan is a really famous mumble rapper (apparently) and like everyone who achieves a whole heap of money and success at young age, it looks as though he’s facing his fair share of problems as well. Only his seem like they’re a bit more comical than everyone else’s.

Fans feared the worst when Xan was admitted to hospital a couple of days ago, but it turns out that his visit wasn’t due to an overdose on drugs or depression or anything else that often plagues young musicians, but instead down to an overdose of Flamin Hot Cheetos. Xan took to Instagram to reassure fans, saying that he ate way too many of them and they ripped something in his stomach open and made him puke:

Yeah I’m not really sure i’m buying that. I did read that someone had to have their gall bladder removed recently because they ate too many Flamin Hot Cheetos but I can’t believe that a product like a packet of crisps could actually cause people to be so sick that they have to visit the hospital? I mean I wanna believe Lil Xan and I want him to be OK, but that statement just sounds way too ridiculous to me. I mean it could just be a sponsored post to promote Cheetos for all I know, you wouldn’t put it past them would you?

If it is true though then Cheetos need to sort this out. Can’t be having that stuff on the market if it’s likely to make you end up dead from eating it. Not a good look.