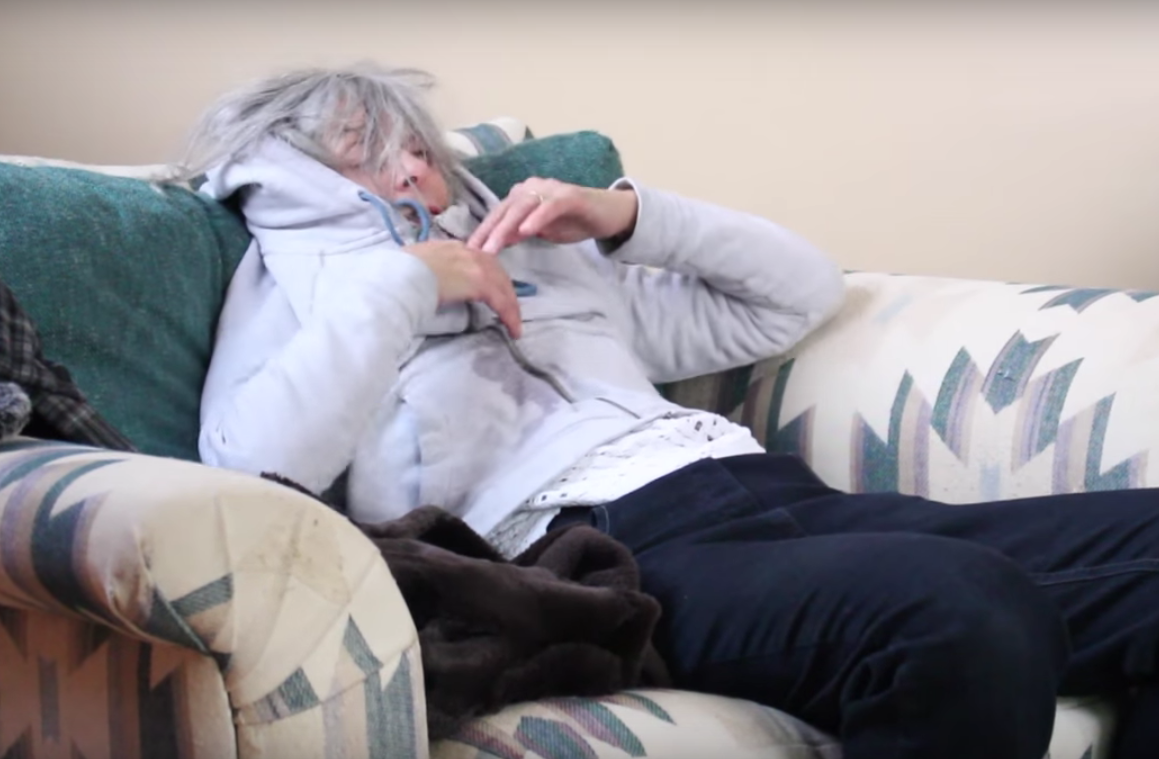 It’s not the ideal psychedelic experience.

That video of grandma’s smoking weed for the first time was one of the most adorable and amusing portrayals of what it feels like the first time you get high with your buddies.

Shrooms are a bit more heavy duty, but that didn’t stop the runner of YouTube channel, Psyched Substance, from putting his 61-year-old mother in front of the camera to capture her first psychedelic experience.

Personally, I would not really want a camera crew of sober people, who are also my children, to be filming me on that shit. This is reflected in the video as the woman goes on a bit of a rollercoaster ride. She starts off feeling funny, with physical sensations. 20 minutes in she says:

It’s like a fire in my spine but I’m freezing.

Cut forward 20 more minutes and she’s starting to see bright lights, and then comes the laughter. She seems to have quite a lot of visuals about her son’s head including thinking it’s in a barbeque and imagining his head as an airplane (normal). But then an hour into the buzz and she starts to go a bit insular and weird. Check it:

The next day follow up was a good call and it seems like in the end she thought it was a worthwhile experience. As well, she pretty much hit the nail on the head when she concluded that it would be a nice thing to in the woods with someone close to you and not under the scrutiny of a camera. That is just not an ideal trip situation.

For more people on their first illegal substances experience, here’s a bunch of ex-cops trying weed for the first time.