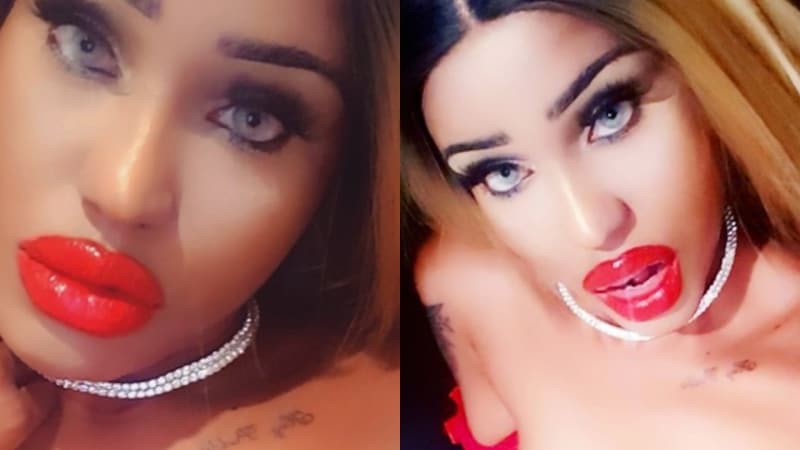 I mean this must have crossed her mind.

I can’t really understand why people would have loads of surgery on their bodies to look completely weird, but I always say that if it makes them happy who am I to judge them?

I don’t really think you should be complaining about being bullied for looking like a sex doll when it was your intention to look like a sex doll. I mean there are enough people who have ridiculous surgeries out there getting trolled for looking strange that this must have crossed your mind before you decided to go through with it.

Nevertheless, 32 year old Cindy Moore – who has had a breast enlargement, three lip fillers and a  hair extension, as well as dropping from a size 24 to a size 12 to achieve her perfect look – has decided to complain about the other mothers at her children’s school bullying her for the way she looks. It started with a now deleted Facebook post and then escalated with an interview with Metro.co.uk: 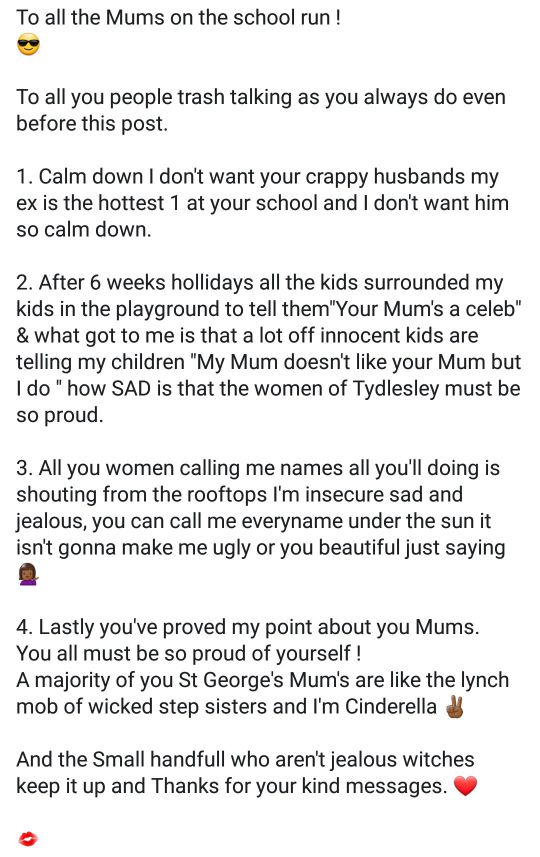 Apparently after the six-week holiday, my daughter said loads of her friend’s mums told them not to talk to her because of me.

I think my press appearances have made them get very jealous and the kids at school are telling my children they think I’m pretty and cool and saying I’m a celeb but that their mums can’t stand me, which is quite a sad thing considering they don’t know me.

That they’re being forced to not like someone just because of the way they look.

I’ve been called Pete Burns, tart, slag, ugly, fake, one of the mums even called me n***a, which I thought was disgusting, others threatened to beat me up or said things like “why don’t you cover your tits”. I feel like I’ve been lynched.

I would say out of the whole school, only about three mums say hello to me. Other mums just stare at me as soon as I arrive or pull faces.

They have no right to judge a person on their appearance. Hopefully that sort of behaviour doesn’t transcend down to the children.

I teach my children that appearances can be deceiving. And you should never judge a book by its cover or bully someone because they are different or their opinions are different. That’s called bullying.

I mean there’s nothing cool about bullying but I just think she’s kind of naive to think that changing your appearance that way isn’t going to come with that kind of feedback. Maybe I’m just cynical/jaded/realistic but I really can’t feel sorry for her in this situation because she’s brought it on herself. Sure, people suck and should be better but everyone knows they’re not so if you do something like this you gotta be prepared to face the consequences. Life lessons bro.

For more of the same, check out this guy’s homemade sex doll. Disgusting.