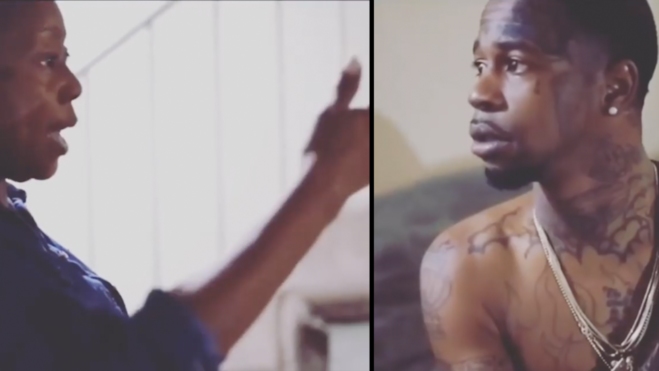 It’s bad enough being a wannabe rapper and shooting your music video in your mum’s house, but imagine your mum coming back home from work early and shutting down your video shoot in front of all your buddies while the cameras are still rolling.

I don’t think anything will ruin your street cred quicker than that:

Welp, I think we found out who the real gangster is in that household and it’s not the guy with the tattoos on his face. I mean imagine being a grown man with face tattoos and being told to go to your room by your mum? Total persona killer.

TBH though I think he can actually salvage this by filming the music video and including this clip at the end of it. It’s 2019 – gangster rappers don’t need to take themselves that seriously anymore. Getting told off by your mum for shooting a music video in the living room? Totally relatable stuff.

For the rapper who was trying to be cool for a music video and accidentally broke his friend’s windshield, click HERE. Not very gangsta at all.