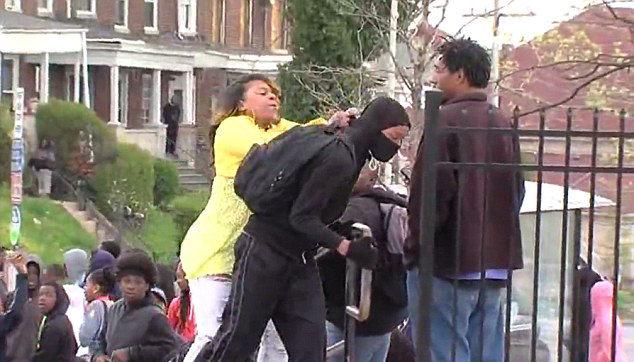 Plus more videos from the Baltimore riots.

As you might have heard, the city of Baltimore is currently in a state of emergency after thousands took to the streets in protest following the death of 25 year old Freddie Gray, who was so badly injured while in police custody that he slipped into a coma and died.

Six police officers have been suspended pending an investigation, and 15 have been injured in fights with protesters so far. This video surfaced today of an angry mum finding her son in the middle of it all and basically destroying his street cred in a matter of seconds:

Here are some more Baltimore riot videos worth watching… it’s pure chaos out there.

These kids jacking a reporter for RT while she interviews them:

Shops getting looted/banks broken into:

This guy trying to ensure his fellow protesters don’t get their butts whooped by police – good man:

Someone speaking the truth:

Here’s hoping this all settles down sooner rather than later – we don’t need another contender for our most violent riots of all time rundown.