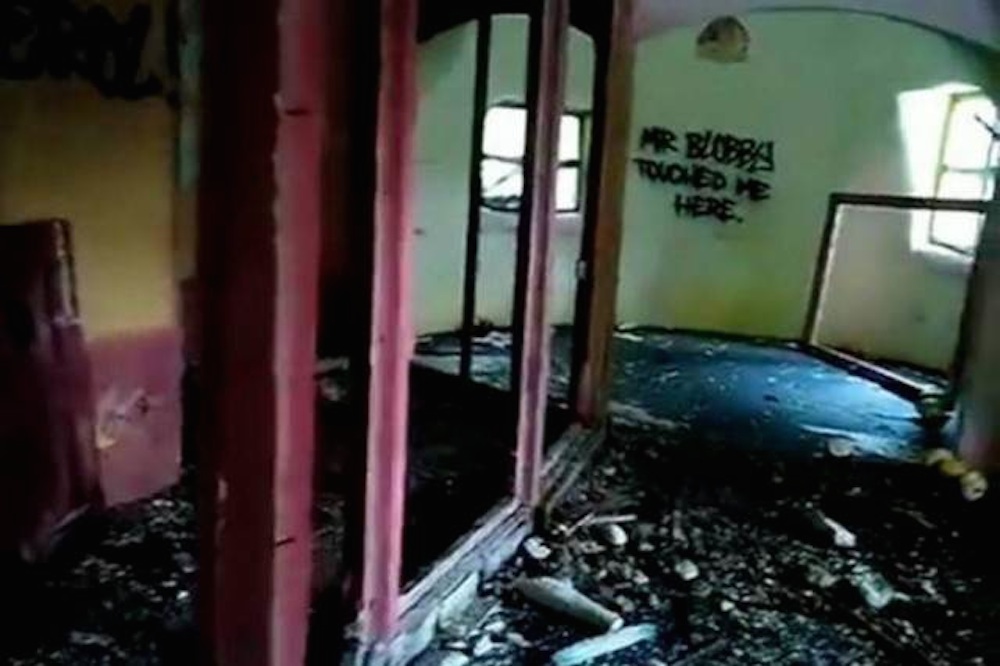 Pretty much the perfect location for an all night drug fuelled bender.

If you’re as old as me then you probably remember Mr Blobby from Noel’s House Party in the mid 90s, who somehow managed to be universally popular and score a number one hit during his career. Imagine explaining that to people who weren’t around at the time eh?

Anyway, I doubt any of you ever gave a second thought to what became of Mr Blobby’s house in Dunblobbin, but one urban explorer named Urbanexboi decided to get to the bottom of it and find out. Inexplicably, it turns out that Mr Blobby and Noel Edmonds were so popular in the mid 90s that they actually opened up a Crinkley Bottom theme park in Cricket St Thomas in Somerset – which probably seemed like as good an idea as releasing a Deal Or No Deal inspired dance track at the time – and Mr Blobby’s house Dunblobbin was a big attraction here. I can’t remember this happening at all, can anyone else? Perhaps I just erased it from my memory because even thinking about it now is completely horrific.

In any case, the park was open for a few years before everyone realised that Mr Blobby and Noel Edmonds were actually idiots and it was sold off in 1999 and left to rot for 15 years. This was when Urbanexboi came in as he decided to break in and check it out for his blog or something. Here’s what he had to say about the experience: 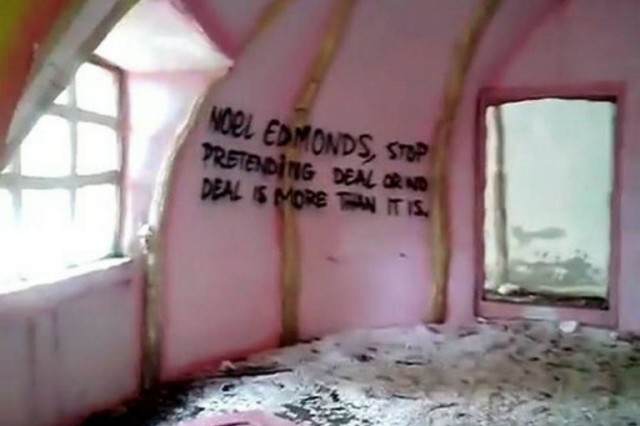 It was strange to see the place after watching Noel’s House Party as a child in the 1990s. Dunblobbin was different from my usual stuff, but we decided it would be something different and worth doing. I’m glad I managed to see it as it has recently been bulldozed into history now. It was a very strange experience for me.

No shit, and after watching the video below you’ll probably understand why. Although Urbanexboi explains that the site has now finally been demolished, he also comments that it was a popular site of illegal raves in the 00s and kids would spend their nights there tripping balls off ketamine and acid whilst no doubt having really deep and meaningful conversations with bizarre floating versions of Mr Blobby. Glad I was never invited to one of those to be honest.

They would also ply the walls with really insightful graffiti like in the pictures you can see above and in the video below. It’s pretty sad that it’s been demolished now when it seemed like people were still having such a ‘good’ time now, but I’m sure it won’t be long until the Tellytubbies’ house gets similar treatment and we can all head there. Called it here first.