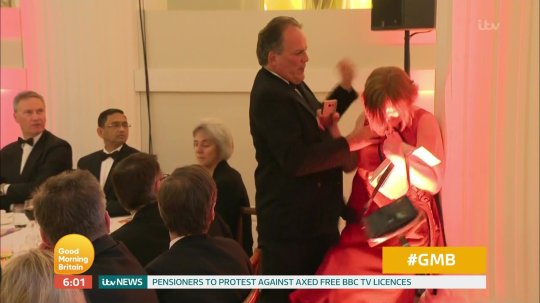 A Tory MP has been suspended after a video emerged of him grabbing a climate change protestor by the neck and forcing her out of a dinner last night.

Mark Field, the Foreign Office minister, was attending the black tie event at Mansion House where Chancellor Philip Hammond gave the annual speech when a group of around 40 Greenpeace protestors turned up.

All of them were either not granted access or removed by security, except Janet Barker who was removed with force by Field. In the footage, he can be heard saying, “Can you get this person out?” To which she replies, “It’s a peaceful protest.”

Speaking about the incident, Barker said:

[Staff] at the venue did not ask them for any identification documents before allowing them in.

More than 40 people tried to get in but a few were locked out when the security staff realised what was happening.

The men in the group were accepted as guests but the women were later challenged as to why they were there.

The activist, who it later revealed is a rabbit wool knitter and support worker from Wales, added that while they expected some resistance, they didn’t expect “being pushed against a pillar and being held at the back of the neck.” 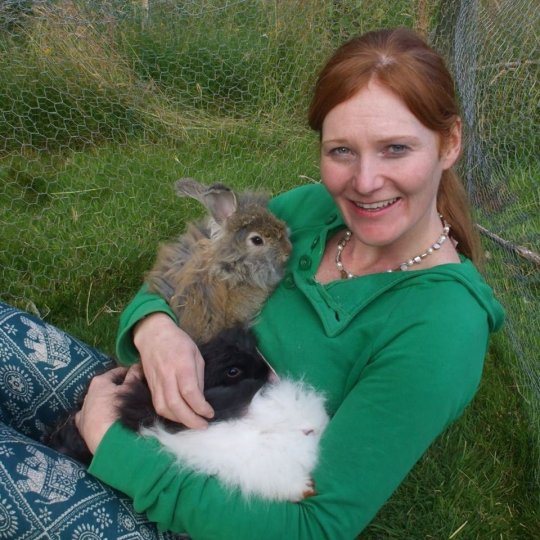 All fine, she’s taking down the government one Tory at a time.

Amazing. Obviously the video has been doing the rounds and Field has since apologised to Barker, stating:

In the confusion many guests understandably felt threatened and when one protester rushed past me towards the top table I instinctively reacted.

There was no security present and I was for a split-second genuinely worried she might have been armed.

As a result I grasped the intruder firmly in order to remove her from the room as swiftly as possible.

The Prime Minister’s spokesperson revealed that an investigation into the case is ongoing:

The Prime Minister has seen the footage and she found it very concerning.

The police have said they are looking into reports over this matter and Mark Field has also referred himself to both the Cabinet Office and the Conservative Party.

He will be suspended as a minister while investigations take place.

Many of the protestors were wearing sashes that read “climate emergency” in what was supposed to be a peaceful protest – the aim was to simply highlight the climate crisis.

Update on Greenpeace activist at the Mansion house peaceful protest: She's had a good sleep and is doing fine. We're looking after her. Thanks so much for your love and concern everyone. We're sharing positive messages with her.

Instead of assaulting peaceful women protesters, Mark Field would be better off spending his time tackling the climate emergency.

They’re not wrong in their aim to get those in power to try and do something about climate change. When you’ve got people like David Attenborough and the late Stephen Hawking predicting the world will end within the next 100 years, clearly major actions need to be taken right now.