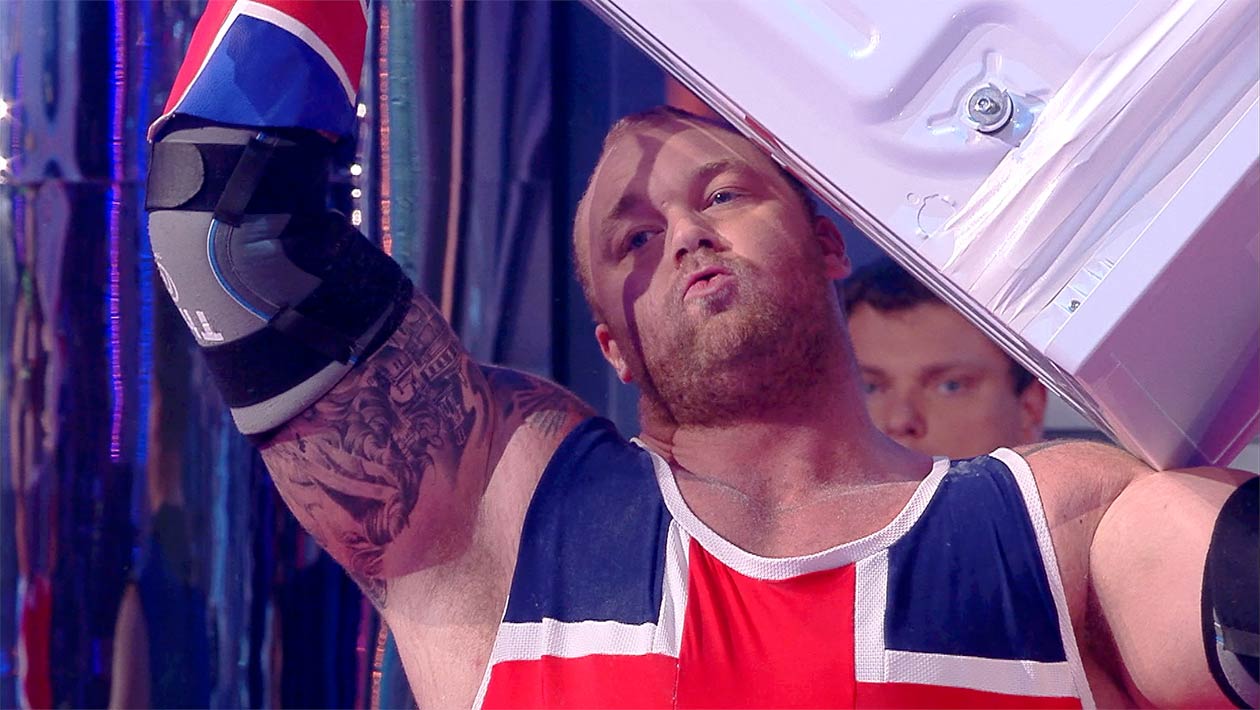 Hafthór “Thor” Björnsson is better known to most people as The Mountain from ‘Game Of Thrones’, but for most of the year – or indeed most of the time in general – he spends his time entering strong man competitions and working out in an effort to become the world’s strongest man.

As a result of this, he often finds himself entering ridiculous strongman contests and this latest escapade from a show that is literally called ‘Guinness World Records Italian Show’ is definitely the dumbest yet. In it The Mountain and one of his great rivals Lithuania’s Zydrunas Savickas square off against each other to see who can throw a washing machine the furthest and get their name in the record books for the inaugural world record.

Well, that was pretty ridiculous wasn’t it? Can’t actually believe that The Mountain managed to fuck it and let Savickas obtain the first ever world record for throwing washing machines. Bet he’s pretty sore about that one, especially considering him and Savickas seem to face off against each other all the time in feats of strength and The Mountain always seems to lose.

That can’t be too enjoyable for someone who spends his whole life training for competitions like these, even if it is for something completely dumb like throwing a washing machine. So it goes.

For more of The Mountain’s failures, check him out losing in an arm wrestling match to someone half his size. Loser.