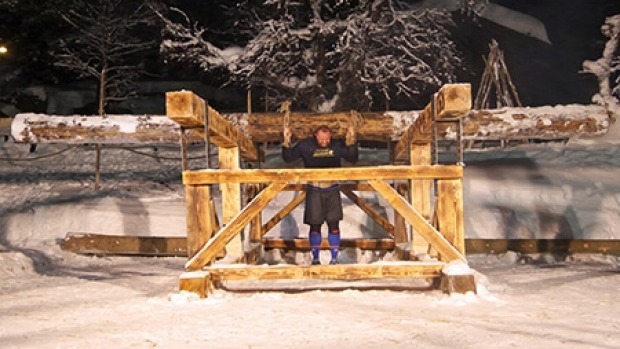 This guy is even tougher than he is on the show.

None of us can forgive The Mountain for what he did in last season’s Game Of Thrones (don’t worry no spoilers unless you click on that link) but that doesn’t change the fact that in real life, the guy who plays him Hafthor Bjornnson is literally the strongest man alive and possibly that has ever even lived.

On his way to winning his second World’s Strongest Viking competition in a row, The Mountain was able to put a 640 kilogram log on his shoulders and walk forward five steps before dropping it on the floor. This broke a legendary record that has existed in Iceland for over one thousand years.

The story goes that Orm Storulfsson had a 640 kilogram log lifted onto his back by 50 men, and was able to walk forwards for three steps before dropping it into position on a viking ship. This has been known as the ultimate Icelandic test of strength since then.

Well guess what? The Mountain just smashed it. Read it and weep Sorulfsson. I wonder if anyone will be talking about The Mountain in 1000 years time?