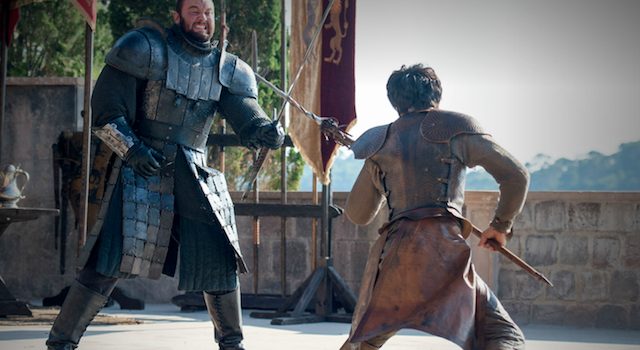 If only this was what actually went down at the weekend.

If you’re a Game Of Thrones fan (and if you’re here on the internet, there’s pretty much a 99% chance that you are) then you were probably in tears and/or a state of shock following the end of Sunday’s episode where The Mountain gouged out The Red Viper’s eyes and ended his life. That seems to be the reaction that most of the internet shared anyway.

Obviously, not everyone was happy about this at all, so YouTube user Ozzy Man decided to recut the final scene into a version that is much more satisfying for everyone involved. If only it actually went down this way huh, although if it did then we probably wouldn’t like Game Of Thrones anywhere near as much as we do already.