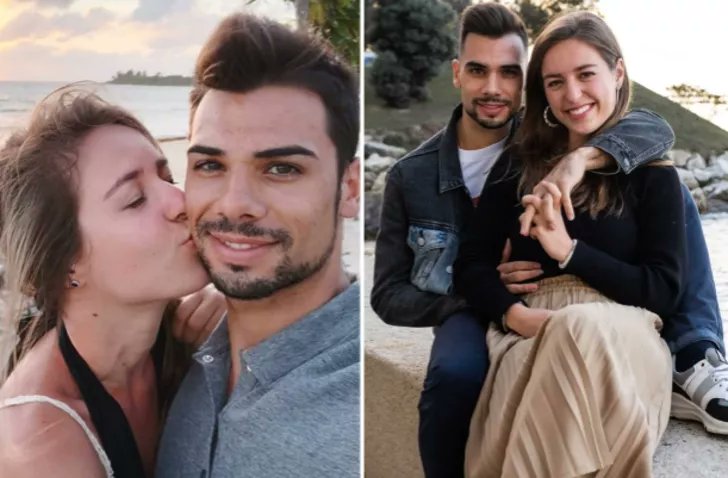 Andrea Pimenta, 24, is the daughter of Miguel’s dad’s second wife, Cristina, and bizarrely it was the driver’s dad, Paulo, who revealed the exciting news. He told Marca:

I’m happy that my son is getting married to the woman of his life.

Before love there was a great friendship. We grew up together.

At some point we realized that it was more than a friendship, it is a very strong love. We were going to get married this year, but that weekend I had a race and we had to postpone it next year.

The weirdest part about this isn’t even that these two step-siblings have been secretly shagging for 11 years and are set to be married (they are not blood-related after all). It’s that their dad made the announcement and is so over the moon about it. I mean I get that parents just want their kids to be happy but you can’t deny there’s a stigma there of your son and step-daughter secretly banging all these years and now getting married.

Good news is they don’t look too much alike:

Congrats to the happy couple!

For the mum and daughter who run a NSFW OnlyFans account together and are absolutely raking in the £££, click HERE.