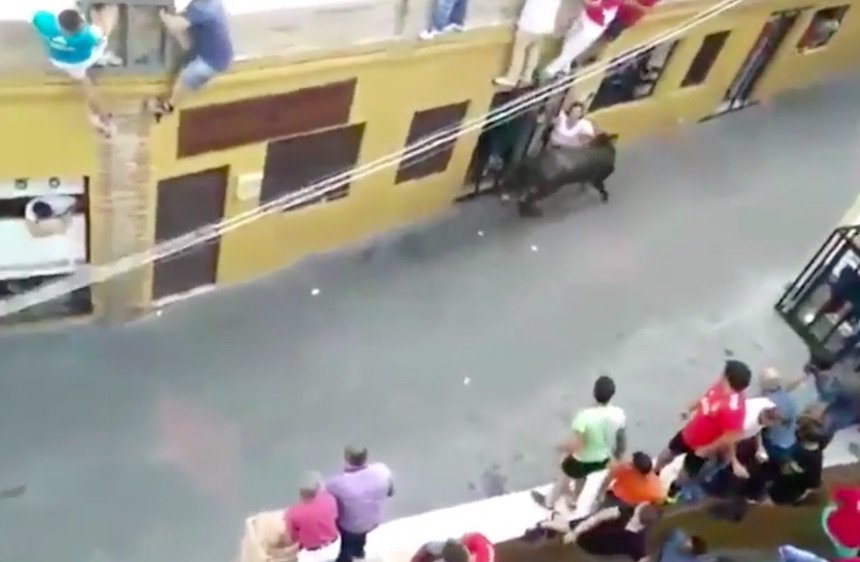 It all happens so fast.

Over in Spain, the running of the bulls happens each year and every time people get seriously injured and nobody acts like it’s a big deal.

This video might give people some reservations about it though, although it’s highly unlikely as, like I said, stuff like this happens every year. This is pretty messed up though as it shows a 47-year-old mother of two getting violently gored to death by a bull. How can running around with the possibility of that happening to you even be fun?

Sofia Lopez Gonzalez was killed as the bulls were let loose on the streets of Moratalla in Murcia as part of the Cristo del Rayo festival. She tried to hide but the bull wasn’t having any of that, goring her in the abdomen with its horn and sending her to the ER, where she ended up sadly passing away:

Ouch. To make it even worse, Sofia’s husband and her two children were on hand to witness this and her subsequent death. Probably not the best way to enjoy the final day of a festival.

With two other people dying this weekend, one matador fighting a bull whilst holding his 5-month-old baby and the first matador death in the ring since 1985 happening this year, perhaps the Spanish might actually think about putting an end to their bull fighting/running traditions? What the hell do you think?