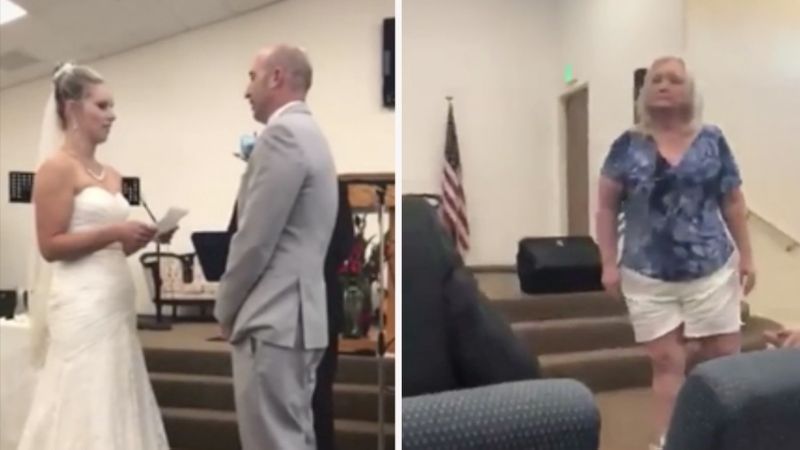 This is painful to watch.

A mother-in-law from hell who may just be the biggest Karen to have ever Karen’d has gone viral today after a clip of her ruining her son’s wedding day was shared onto TikTok.

My sister’s wedding a few years ago. Her mother in law has always hated her. She’s just [one] of those MIL’s that feels my sister is taking her son away.

Wow, what an utter bitch. If you didn’t catch what she was saying, she’s basically mad that the bride said in her vows that she loves her hubby despite his flaws, which is a totally normal thing to say at a wedding. Although maybe the bride and groom should’ve known mum was hell-bent on ruining their big day considering she showed up to the church in shorts. Seriously, who does that?

In fairness to Karen, her son does have at least one flaw – allowing his psycho of a mum to ruin his wedding day. Kinda shocking he just let that happen while the bride was the one trying to restore some order. Not the greatest start to their marriage I guess but hey, it’s all uphill from there, right?

For the best man who beat the shit out of the bride, her mum & sisters for telling the groom to go to bed, click HERE. See? It could’ve been worse.