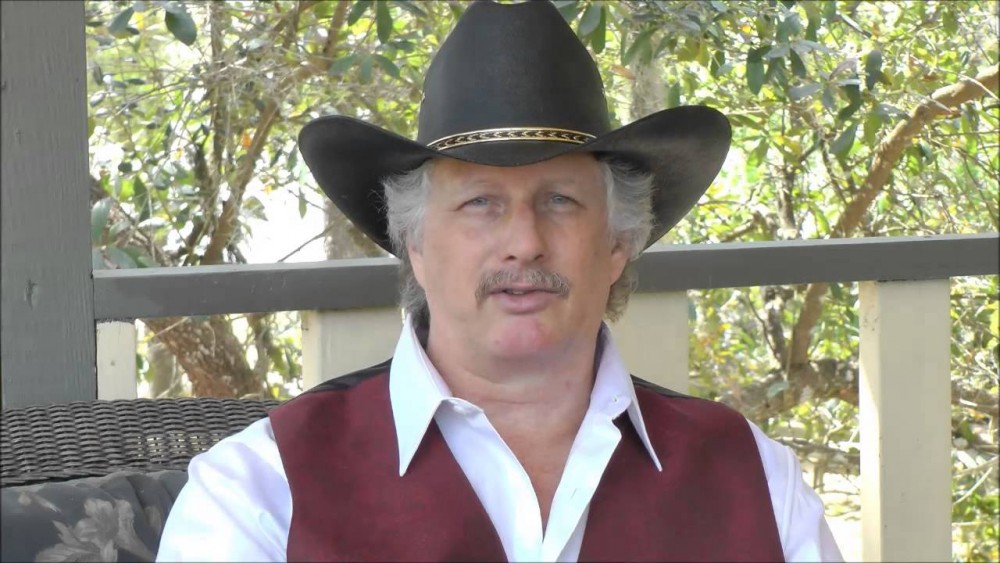 This guy is the absolute worst.

Although the Conservative American element has never been subtle in its dislike of other skin colours, the latest in down-south Islamophobia really sets a new precedent in hatred.

Meet YouTube user ‘Wild Bill For America”, the sterling pillar of Confederate masculinity ready to defend us all from the creeping evils of Islamic infiltration. Tremble in your boots ye mortals and repent, for Bill is the only thing standing between us and imminent beheading at the hands of militant Sharia.

I’d rather not get lost in the quibbles of character attack, but Bill is such an unbearably stereotypical Republican it borders on the comic, just look at that gallon hat.

My most prominent issue with Bill’s brand of neo-colonial nonsense is the fact he clearly has no clue what he’s talking about, and his opinions are based in the persistent xenophobia that seems so endemic to Conservative American culture.

Concerning the most outlandish of Bill’s figures, that 80% of American Mosques preach Jihad, a little debunking is necessary. Bill could be citing one of two supposed ‘studies’, the first a 1999 comment by Lebanese Islamic figure Hisham Kabbani, who declared that of the mosques he visited during his time in the US, 80% preached extremist ideologies. Kabbani has been widely critiqued for this outlandish accusation, primarily because it was little more than a guess, and certainly not the peer-reviewed document most of us consider to be a legitimate study. In its simplest terms, Kabbani’s theory was unquantified and unproved nonsense; however this hasn’t stopped far-right nutters like Bill trotting it out to ruffle some feathers when things get dull.

The second, and even more bizarre potential origin of this alarming figure could be David Yerushalmi, a prominent Jewish politician who is renowned for his anti-Islamic stance. Along with this Yerushalmi has come out as a fearsome racist over the last decade, claiming that blacks are “the most murderous of all peoples”, and even advocating concentration camps as a means to store illegal immigrants. Yerushalmi’s equally suspicious ‘study’ also included such revelations that “51 percent [of mosques] had texts on-site rated as severely advocating violence”, apparently the fact that the Old Testament is an absolute orgy of divine destruction was somehow lost on him.

Whilst anyone with even an ounce of reason in their brain would immediately recognise these figures as spurious, a lot of scared Westerners are finding it hard to reason at the moment, especially when it comes to Islam, and people like Bill really aren’t helping.

Although Bill’s opinions might seem harmless, the American Conservative ability to completely reject facts has been demonstrated extremely clearly recently, and when you recall that these people hold huge sway in the most powerful nation in the world, Bill’s rants become a little more concerning.