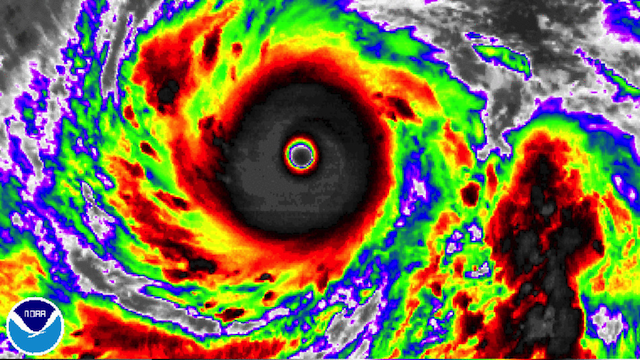 Things are about to get really, really bad.

If you were planning to visit Japan any time soon to check out their cat cafes or whatever else is going on over there then we’v got one tip for you – don’t bother because the most powerful storm this year is heading there and you do not want to be caught up in it. You should probably avoid even flying anywhere near it too.

It’s called Super Typhoon Vongfong and it’s a category 5 storm that has winds that blow at up to 180mph which sounds kinda like something even more intense than Twister. It’s one of the strongest storms on record even – even more powerful than the one that devastated the Philippines in 2013 – and it’s set to hit Japan early next week, although experts say there is no way to accurately determine the path of it so there is a chance that Japan might get out lucky and get out of this one. We’ll be praying/hoping that it does.

To make matters even worse, Japan has already been battered by a regular typhoon called Typhoon Phanfone over the weekend, resulting in up to two feet of water in some areas.  The one-two punch of typhoons in close succession could absolutely devastate the country, with horrific mud slides in mountainous regions and life threatening flooding a strong possibility although again experts are hopeful that atmospheric conditions will lower the intensity of the winds by the time it reaches the country, if it even does at all.

There’s no real way to know what’s going to happen with this because computer modelling technology isn’t that advanced yet, but we’ll keep you posted of any developments. In the meantime, keep Japan in your thoughts and hope and pray that we don’t see scenes like the worst floods in 120 years that hit Bosnia and Serbia earlier this year.