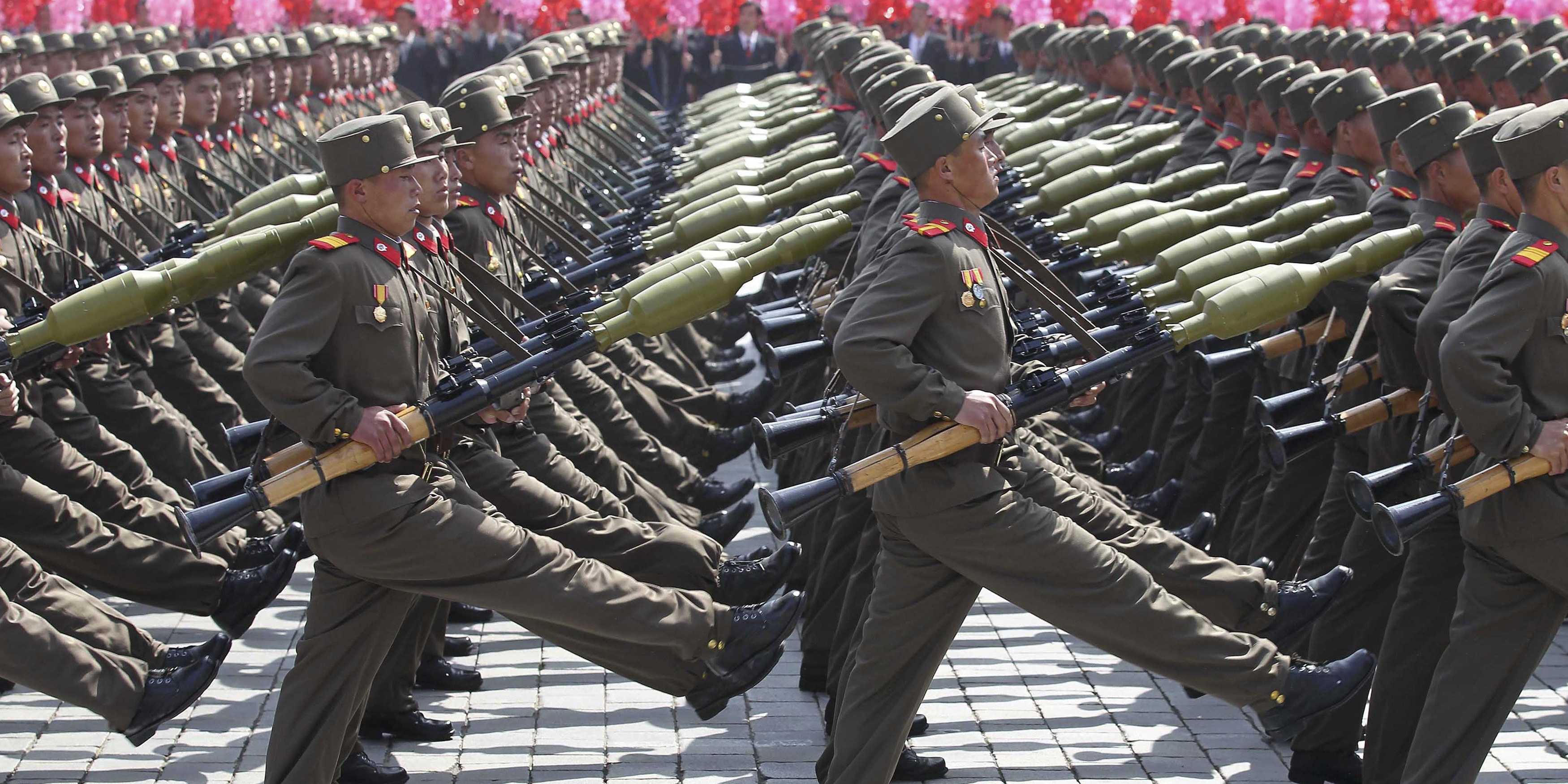 There are some countries you just donâ€™t mess with.

Not too many surprises here then — the United States is officially the last country you want to mess with on a military scale, with more military aircraft at its disposal than any other nation, not to mention a stupendous $612,500,000,000 budget that blows everyone else out of the water: 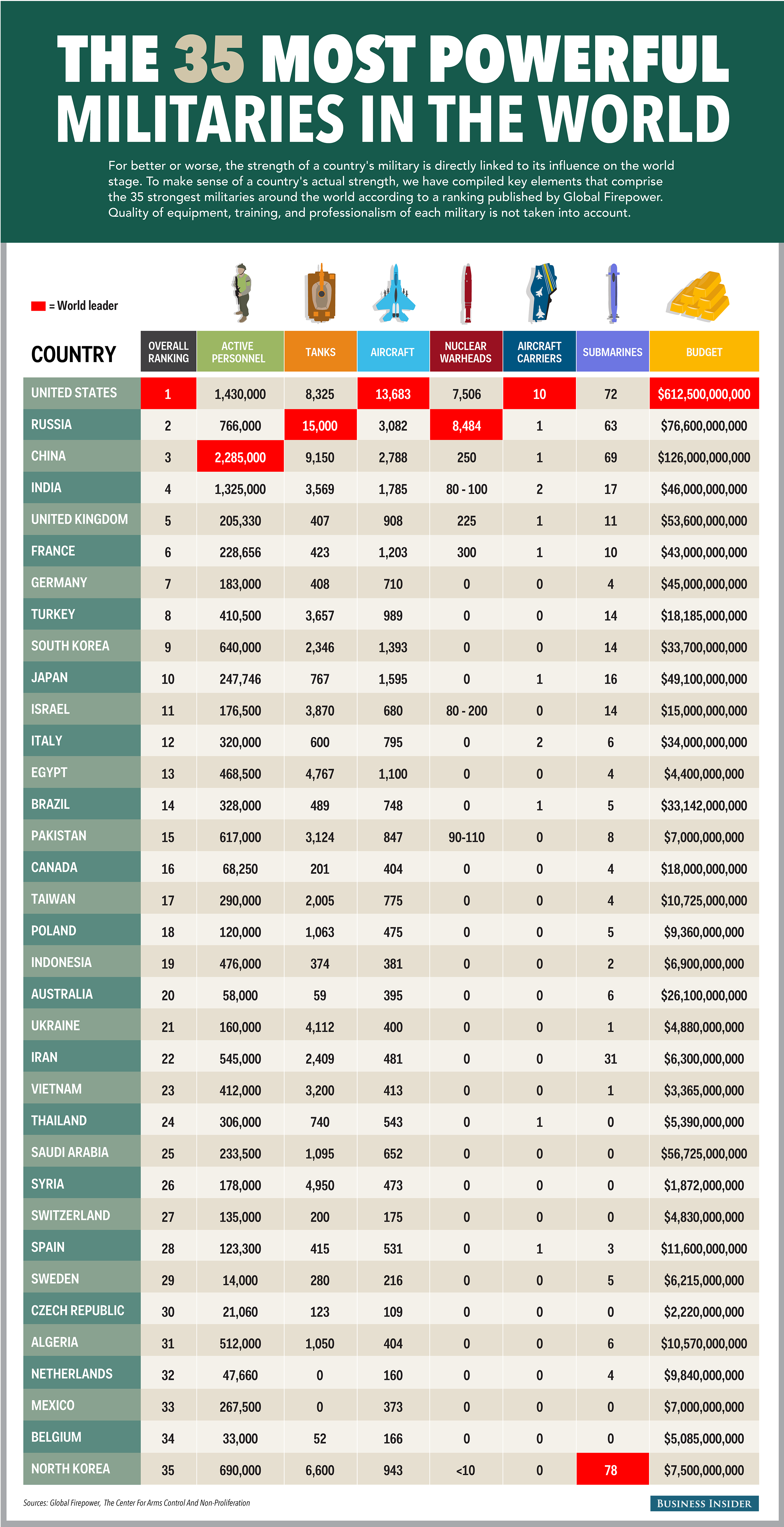 True to form, Russia owns the most tanks and nuclear warheads and China has the most individuals actively ready to fight for their country. In somewhat of a surprise, North Korea leads at something too — most submarines.

Surprised Greece didn’t make the cut – how can a country whose military gear is so badass not rank among the 35 most powerful?