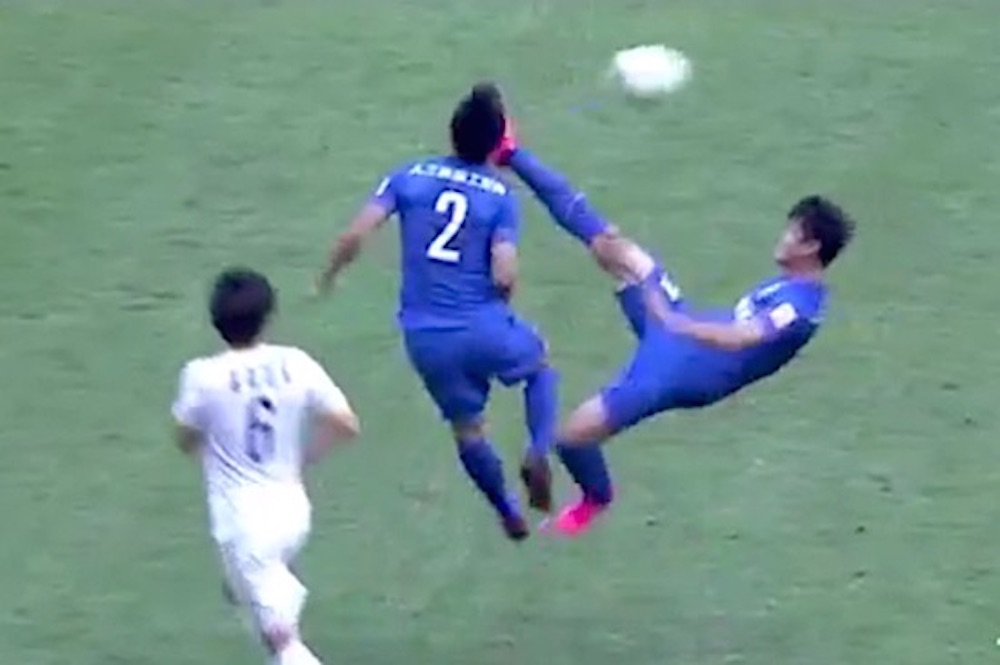 Imagine getting bicycle kicked in the face by your own teammate.

It’s probably no surprise that the Chinese football league isn’t the best quality in the world – despite Didier Drogba and Nicolas Anelka both playing there at certain parts in their careers – but it might be surprising to see just how terrible they can be.

In the clip below, we see some inept defender for a Chinese team try and clear the ball with a spectacular bicycle kick, only to wind up kicking his own teammate smackdown in the middle of the face. Really, I couldn’t even see this kind of stuff happening in the Conference League over here.

Ouch. Just in case you’re wondering the guy who got kicked had to have several minutes of treatment and then got subbed.

Can’t really blame him to be honest. He probably should have watched this goalkeeper scoring a last minute bicycle kick equaliser for his team for tips on how to do it.