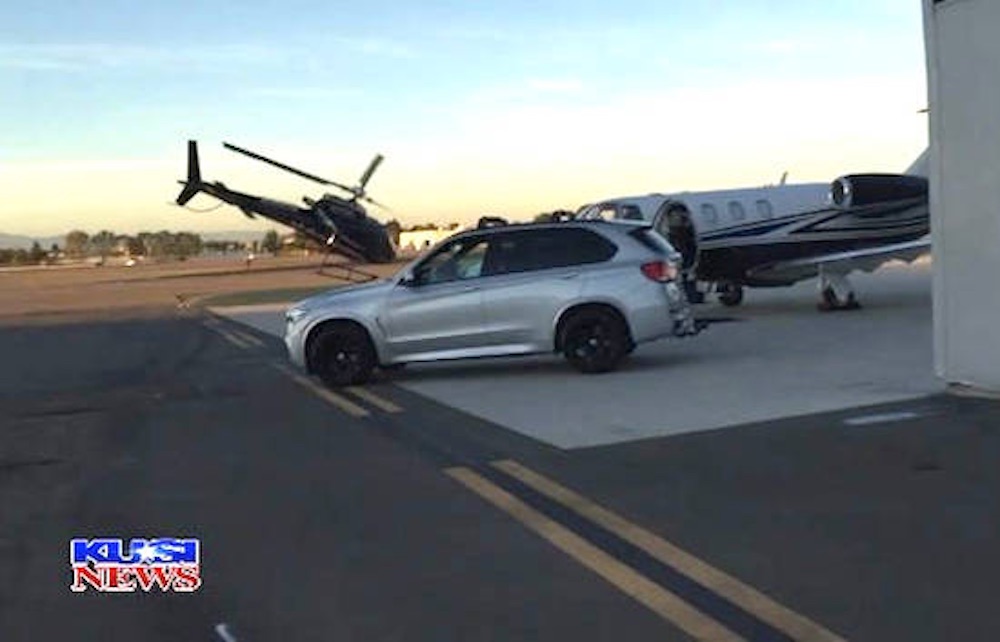 I don’t think I’ve ever really considered all the different ways that a helicopter could crash in, but after seeing this bizarre crash and aftermath, I think this has definitely jumped to the top of the list.

It happened over in Rancho Santa Fe when 65 year old Bruce Allen Erickson and his 60-year-old passenger, Wayne Frank Lewis were attempting to land a helicopter at an airfield. Unfortunately, the tail of the chopper hit the ground as it approached the landing pad.

This clip totally sent the helicopter out of control, in that it ended up on its side with the rotor still going which meant it just span and span and span on the ground until it eventually caught fire from the friction it was causing. The two men unfortunately lost their lives because of this, but the horror must have been even greater as they were just caught spinning on the ground with absolutely no way to get out or escape before being burned alive.

Apparently the blaze was so humongous that it took over half an hour for it to be extinguished by rescue services. Absolutely devastating and completely screwed up. RIP.

For something slightly more light hearted, check out this guy turning a dead ostrich into a helicopter.