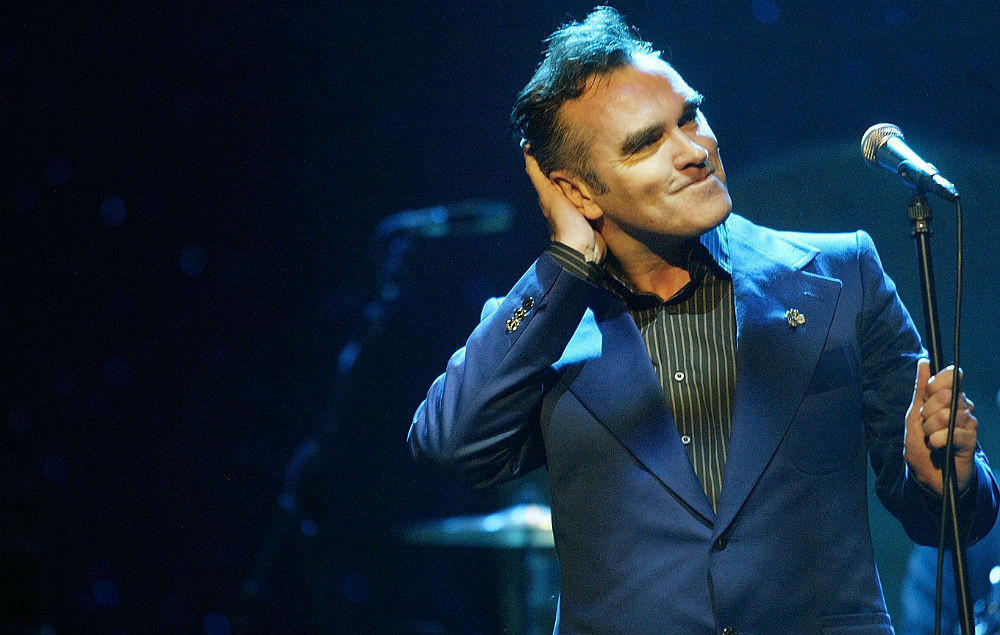 Morrissey, the former frontman of The Smiths, has denied accusations that he’s a ‘racist’ by insisting that “everyone ultimately prefers their own race.”

He then pledged his support for minor far right party For Britain, founded by anti-Islam activist Anne Marie Waters, who Morrissey describes as “extremely intelligent, ferociously dedicated to this country… [and] very engaging.”

Waters’s critics point to when she suggested all Muslim immigration be stopped as evidence that she is racist, but Morrissey reckons that sort of accusation just shows that those critics have run out of ideas.

From the interview, which was conducted by his nephew Sam Etsy Rayner:

If you call someone racist in modern Britain you are telling them that you have run out of words. You are shutting the debate down and running off. The word is meaningless now. Everyone ultimately prefers their own race… does this make everyone racist? The people who reduce every conversation down to a matter of race could be said to be the most traditionally ‘racist’ because everything in life is NOT exclusively a question of race, so why make it so? Diversity can’t possibly be a strength if everyone has ideas that will never correspond. If borders are such terrible things then why did they ever exist in the first place? Borders bring order.

Well he’s right that the word ‘racist’ gets thrown around a bit too easily nowadays and is often cheaply used to discredit a person rather than to counter their ideas, but if I was Morrissey I wouldn’t be so sure that’s what’s happening with Anne Marie Waters and her critics.

I mean maybe it’s true that everyone does ultimately prefer their own race – we are all allowed to have preferences – but there’s a difference between having a preference and having pure hatred for an entire group of people based on their group identity. No one is denying the non-spiritual and more conservative tenets of Islam have been problematic in the western world, but to use that to call for an outright ban on all Muslims? Seems a tad extreme no?

P.S. Morrissey has been known to come out with some wild shit in his time – he once compared eating meat to paedophilia.