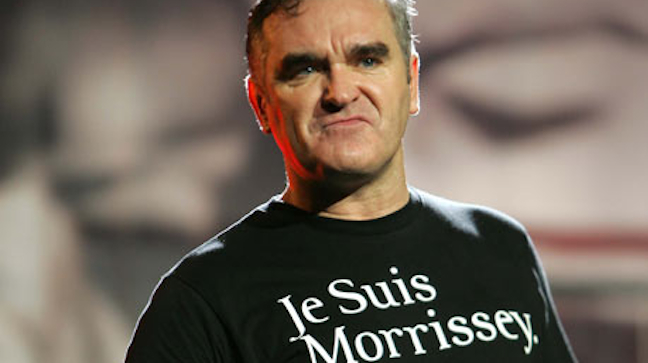 Morrissey tops himself again with another nonsensical and ridiculous outburst that nobody asked for.

Now, I don’t really care if you love The Smiths or Morrissey, you have seriously got to admit that some of the crap Morrissey comes out with is seriously retarded. Even if you’re the biggest Morrissey fan ever AND a vegetarian, you’ve got to admit that this latest pearl of wisdom is complete and utter bullshit. Seriously, read it for yourself and wonder how the hell this guy gets away with saying this kind of stuff and not being thrown in a mental institution.

‘If you have access to You Tube, you should click on to what is called The video the meat industry doesn’t want you to see. If this doesn’t affect you in a moral sense then you’re probably granite. I see no difference between eating animals and paedophilia. They are both rape, violence, murder. If I’m introduced to anyone who eats beings, I walk away. Imagine, for example, if you were in a nightclub and someone said to you “Hello, I enjoy bloodshed, throat-slitting and the destruction of life,” well, I doubt if you’d want to exchange phone numbers’.

‘I would like the Queen of England to be asked why she wears an electrocuted bear-cub on her head. I would like to ask all so-called celebrity chefs why they believe that animals should have no right to live. If Jamie ‘Orrible is so certain that flesh-food is tasty then why doesn’t he stick one of his children in a microwave?’

‘If you believe in the abattoir then you would support Auschwitz. There’s no difference. People who would disagree with this statement have probably never been inside an abattoir’.

Ugh shut up and go and die already dude. Or at least go away. Please.